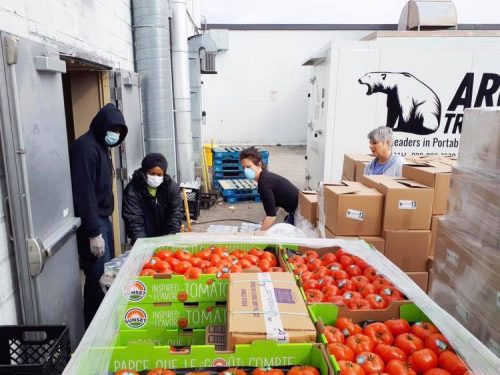 If Canada’s non-profit sector wants to make a lasting impact, then it’s time to “get political,” says a leading food justice advocate.

In a recent guest post for the Globe and Mail, Paul Taylor cites the words of Archbishop Dom Helder Camara to illustrate the paradox faced by those who work toward systemic change: “When I give food to the poor, they call me a saint,” he said. “When I ask why they are poor, they call me a communist.”

As the executive director of FoodShare Toronto, a non-profit that works to address food justice issues through community-based initiatives, Taylor says he understands where the Brazilian cleric is coming from. “Many people are happy to write cheques to a soup kitchen or donate cans of food, but when you ask them to challenge systems that have kept people food insecure for generations, they become defensive. ‘Why are you getting so political?’ they ask. ‘Aren’t you a charity?’”

That kind of question represents “a fundamental misunderstanding of the role of charities and non-profits in our society,” writes Taylor. Namely that, whatever the mission, “all charities are bound by their responsibility and an accountability to the one thing that matters most—the people and communities that they serve.”

And to pretend that “the complex issues facing these communities can be solved by treating the symptoms (poverty, food insecurity, environmental damage) instead of the diseases (austerity, racism, patriarchy, colonialism) is doing them a massive disservice.” Worse, he adds, such a pretense can become a drag on progressive action.

Urging his peers to more fully act on the courage of their convictions, Taylor writes that “to truly make an impact as a sector, we need to listen to our communities and raise our collective voices”, challenging government officials to make concrete and long-lasting changes.

To make the case for more political engagement to “nervous” boards, Taylor recommends four strategies. The first is to simply remember that the freeze on advocacy that so constrained and disheartened the non-profit sector during the Stephen Harper years has passed. “For years, the deafening silence in Canada’s non-profit sector could be attributed to the Canada Revenue Agency’s harmful cap on ‘political activities’,” he writes. Under Harper, only 10% of a charitable organization’s budget could be spent on advocacy. Now that this “advocacy chill” is over, “there is simply no excuse for charities and non-profits not to take a stand on the issues that affect the communities they serve.”

Taylor’s second strategy is to “seek to build meaningful, reciprocal relationships with non-profits that have been active in the space for years, and with the community-led or grassroots groups and social movements that are pushing for the most meaningful social change, often with the fewest resources.” This can be especially effective for those who are new to public advocacy, he notes.

Third: share data. “A lingering survival-of-the-fittest culture pits non-profits against one another in the endless hunt for funding,” he writes, a situation that can lead organizations to guard their data jealously. But, Taylor argues, “it doesn’t have to be a zero-sum game.” By working together, “we eliminate this risk and strengthen our collective ability to advocate with impact.”

There is enormous power in that collective data, he adds, enabling non-profits to provide insights that politicians—who often keep their fingers on the pulse of more privileged constituents—often miss. “The data that community-based non-profits hold, whether qualitative or quantitative, provides a clear perspective of what’s needed on the ground,” he notes, pointing to the COVID-19 pandemic in particular.

Finally, non-profits must follow the lead of their community. “When we engage meaningfully with the people who access our services and provide them with the resources to communicate their own solutions to the media and government, we can move beyond charity into something far more powerful—social solidarity,” Taylor writes.