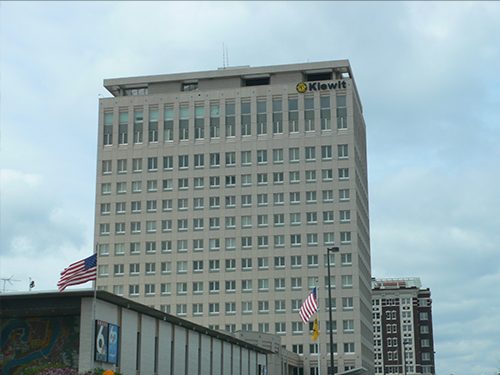 Defiant in the face of political and shareholder pressure, investment Warren Buffet’s Berkshire Hathaway is refusing to begin annual reporting on its climate risk.

The company’s intransigence comes as the Securities and Exchange Commission (SEC) strengthens its rules around climate disclosure and launches “a climate task force within its enforcement division that will ‘identify any material gaps or misstatements in issuers’ disclosure of climate risks’,” reports the Energy & Policy Institute.

But companies like Berkshire Hathaway won’t be able to play the climate laggard for long: the U.S. Treasury Department has recently minted its Climate Hub, which will “bring to bear the full force” of the department on “domestic and international policy-making, leveraging finance, and financial risk mitigation to confront the threat of climate change.” And President Joe Biden is soon expected to empower a number of key federal agencies to take aggressive cross-sector action to combat climate-related financial risk.

And then there are the company’s increasingly disquieted shareholders.

In a statement, these shareholder groups wrote that they “consider the Company’s current level of disclosure to be insufficient for investors to fully appraise its material climate-related risks and opportunities,” EPI reports.

The company’s board of directors responded with praise for the “sound climate-related decisions” of many of its subsidiaries, adding that “an annual report on climate risks facing the company wouldn’t work well with Berkshire Hathaway’s decentralized structure.”

If the board continues to refuse, the climate-forward shareholders say they will make an end run, asking company auditor Deloitte directly to “address how it independently evaluates company climate-related financial disclosures, risk, and opportunities at Berkshire.”

The three major shareholders are not the only parties left underwhelmed by the response of Warren Buffet’s behemoth conglomerate to the climate crisis.

An assessment published last month by the Climate Action 100+ coalition, which collectively manages more than US$54 trillion in assets, found that Berkshire Hathaway numbered “among the few” out of 159 major emitters studied that “totally failed” to meet any assigned criteria for climate planning or performance.

For example, “unlike most other large investor-owned U.S. electric utilities, Berkshire Hathaway Energy has not announced a net-zero goal.”

While that capacity is likely to drop—Portland Business Journal reports the utility “expects to retire 16 of its 24 coal plants by 2030”—it will still remain significant for some time. Even if all 16 expected plant closures take place, that leaves eight in operation.

Also on the books, courtesy of company lobbyists: a proposal to build 10 new gas plants in Texas.

Then there are the ongoing efforts of Berkshire Hathaway’s insurance subsidiary. Citing a report from Insure Our Future, Energy & Policy Institute says the entity is among those that “continue to underwrite coal, oil, and gas without any restrictions.”

Fossil lobbyists are also working to slow progress at Berkshire Hathaway via multiple rear-guard actions against renewables. Berkshire Hathaway Energy subsidiaries in Wyoming, Iowa, and Nevada are all supporting legislation designed to kill, or at least inhibit, solar power, including measures to end net metering, and to implement onerous solar installation fees.

What’s curious is that Berkshire Hathaway seems to be operating against its own interests. Citing a report the company itself presented at the Edison Electric Institute Financial Conference in November 2020, EPI sketches the heavy portfolio of physical climate risk the company already carries, from the acute damage wreaked by hurricane-force winds in Utah and Iowa and by wildfires in California and Oregon, to the chronic toll that drought is exacting on the water-insatiable Pacificorp coal plants located in the arid western U.S.

“Those plants are subject to growing supply risks and conflicts as climate change fuels hotter and drier conditions in the region,” the institute writes.