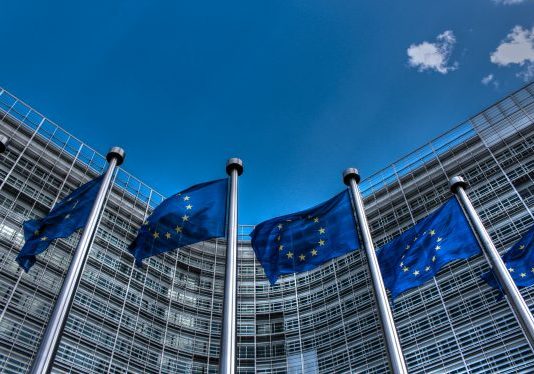 The European Union was expected to defer a decision on whether its new green finance rules, due to be published today, would list nuclear and gas-fired power plants as sustainable investments, according to leaked documents obtained last week by Euractiv.

The first section of the EU executive’s “sustainable finance taxonomy” was to set specific rules for determining whether economic activities could be labelled green, the media network reported last week. The Taxonomy Climate Delegated Act “sets out detailed green finance criteria for undisputed low-carbon technologies like renewables, but leaves out gas and nuclear power for a separate decision, to be taken at a later stage by EU member states and the European Parliament.”

The two technologies “have proven the most contentious issues in the debate on green finance, with countries in eastern and southern Europe threatening to veto an earlier draft because it did not label gas as ‘green’ or ‘transition’ investments,” Euractiv adds. “France, meanwhile, said it would fight to make nuclear recognized as a green technology under the EU’s sustainable finance rules,” with economy minister, Bruno Le Maire declaring the issue “a real political fight”.

By punting on the decision, the European Commission is “effectively throwing a hot potato” at EU member states and the European Parliament, which would address the issue as co-legislators.

The EU executive said the decision “will bring clarity to the debate” after a summit last December voted to recognize gas as a climate transition technology. “The Commission last month suggested labelling some gas plants as green, under strict conditions, when they replace coal in power generation,” Euractiv says. “But that proposal satisfied neither side, nor the EU’s own green finance advisers, who urged Brussels to resist political pressure to weaken the rules, saying their credibility is at stake.”

The Commission said it saw “several advantages” to leaving the final decision to the European Parliament and member states.

“On the one hand, it will allow a transparent debate by co-legislators on the contribution of natural gas and nuclear technologies to the decarbonization objectives, respecting the right of Member States to determine their energy mix in an appropriate way,” said a document viewed by Euractiv. “On the other hand, it will clarify to investors in a timely manner how such investments should be treated from the perspective of environmental considerations.”

Environment advocates greeted the EU plan as a “pragmatic” response that allows the continent to move forward with less controversial parts of the taxonomy, writes Euractiv reporter Frédéric Simon.

“Postponing the discussion on fossil fuels is a political necessity at this stage, due to the fossil fuel lobbies’ enormous pressure on the Commission to greenwash their activities,” said WWF sustainable finance spokesperson Henry Eviston. “However, the EU must quickly clarify that fossil fuels are not green. Full stop. The Green Deal’s credibility is at stake here.”

Environmental groups were also concerned that forestry and bioenergy will be included in the first batch of implementation rules expected today. “Forestry and bioenergy criteria have moved from being science-based to being Sweden-based, and should therefore be postponed in order to produce criteria that are scientifically credible,” Eviston said.

“Bioenergy is particularly sensitive for Nordic countries, who rely on biomass for a large share of their renewable energy consumption,” Simon explains.

Euractiv has more on the developing story in the EU.