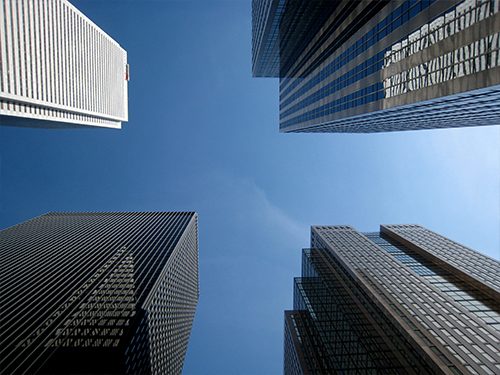 While corporate sustainability reporting has become commonplace in boardrooms around the world, the practice is not living up to its billing as a path to a kinder capitalism, says an expert on organizational behaviour.

Reflecting on two decades of corporate sustainability reporting (CSR) in a recent op-ed in the Harvard Business Review, former Timberland COO Kenneth Pucker finds that the business world’s efforts to measure and make public record of all the ways it has greened its operations have not, as frequently asserted, made much of an impact on the real world.

While proponents of corporate sustainability statements—a group Pucker refers to as “Sustainability Inc.”—say the movement is driving a virtuous cycle that will lead to a better form of capitalism, “a closer look at the evidence suggests that the impact of the measurement and reporting movement has been oversold,” he writes.

That CSR has not produced any notable cycle of investors, shareholders, and consumers using their buying power to encourage companies to do better owes in significant part to inherent flaws in the methodology and assumptions of the movement, including a lack of third-party audits and the difficulties that attend any comprehensive and precise measure of emissions.

But there is also a more fundamental problem, says Pucker. And that is the still-overwhelming failure of all parties—corporate actors, investors, and consumers—to recognize that capitalism’s prime directive (growth) is ever more at odds with the planetary limits that we are now breaching on multiple fronts. Such blindness, he notes, is enabled by the fact that companies are generally “allowed to ignore externalities—the spillover effects that their operations have on society.”

As the corporate world grows, so does the CSR movement. Since 2000, says Pucker, “the number of companies filing CSR reports that use the GRI (Global Reporting Initiative) standards—the most comprehensive ones available—has increased a hundredfold,” and the Global Sustainable Investment Alliance reports that “socially responsible investment has grown to more than US$30 trillion—one-third of all professionally managed assets.”

But if the numbers look like success, that’s just “confusing output with impact,” Pucker writes. While CSR uptake grows, so do the greenhouse gas emissions, environmental degradation, and social inequities the reports are meant to address.

Part of the problem is that both mandates and audits in any CSR effort are left to company discretion. “Although 90% of the world’s largest companies now produce CSR reports, a minority of them are validated by third parties,” explains Pucker. It’s a peculiar framework, he notes, allowing a laissez-faire approach that is very much at odds with how financial reports are produced and monitored in the business world.

Then there’s the truly daunting complexity of many of the “sustainability metrics” a company might include in its CSR efforts.

A glaring case in point is the problem of Scope 3 emissions, the downstream emissions that fall outside of those produced by the company’s actual facilities and vehicles (Scope 1) or by the electricity that powers it (Scope 2). That “fewer than half of the companies that disclose such data actually track and report on Scope 3 emissions…is no minor matter,” Pucker writes. A 2009 report by his own former employer, Timberland, estimated “that more than 95% of its carbon emissions fell into Scope 3—and could not be tracked.”

Then there is the often “bewildering” nature of the information contained in a company’s CSR report. “How, for example, is a consumer to interpret Patagonia’s statement that making one of its fleece jackets generates 20 pounds of CO2, or Levi’s disclosure that production and subsequent care (laundering) of a pair of 501 jeans will add 48.9 grams of phosphorous to freshwater or marine environments?”

Underlying all of this is the fact that only a small percentage of companies (less than 5%, according to a 2016 study that examined 40,000 CSR reports) make “any mention of the ecological limits constraining economic growth,” says Pucker.

“Even fewer—less than 1%—stated that when developing their products, they integrated environmental goals that align with experts’ understanding of planetary boundaries.”

So even if the growth in CSR reporting is not creating any actual change, can consumers at least take heart from the parallel growth in sustainable investing? “If only that were the case,” Pucker writes. “Nearly two out of every three dollars classified as socially responsible investment are in ‘negative screen’ funds”—that is, funds that only qualify as sustainable because they exclude one or more undesirable investment sectors, like tobacco or firearms, rather than including, say, offshore wind.

“Even more concerning is the fact that funds explicitly marketed as sustainable do not always live up to their billing,” he adds. Case in point: the Wall Street Journal recently revealed that “eight of the 10 biggest ESG funds in 2019 were invested in oil and gas companies.”

Then there are the aligned problem of transparency and trust. Citing a 2016 PricewaterhouseCoopers report, Pucker writes that “the profusion of standard setters, raters, and data” that has come hand in hand with the surge in CSR reporting “has had the opposite of its intended effect.” Of the companies studied, 100% expressed full confidence in the veracity of the information they were providing. Among investors, only 33% shared that same confidence.

Pucker cites contemporary British philosopher Onora O’Neill:  “Increasing transparency can produce a flood of unsorted information and misinformation that provides little but confusion unless it can be sorted and assessed.” O’Neill added that trust disappears as this uncertainty grows.

Pucker lists a few further stumbling blocks to socially responsible investing actually living up to its name, including a dearth of data on how such investing affects workers or natural resources, and the fact that even while certain specially targeted “impact investing” vehicles may be making some inroads, “not nearly enough capital is allocated to the impact investing category to address the huge challenges we face.”

That “will probably be true as long as corporations are allowed to ignore externalities—the spillover effects that their operations have on society,” he says.