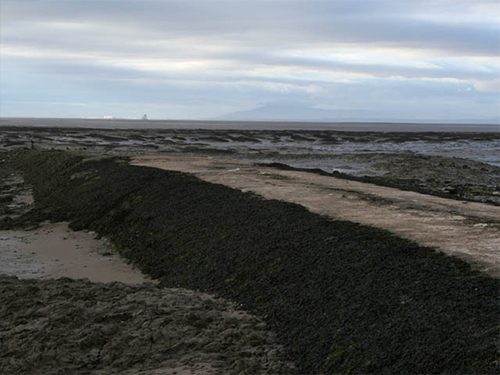 Official estimates from the United Kingdom are showing that the carbon sequestration capacity of the country’s seabed is more valuable than the oil and gas reserves that lie beneath it.

Out of an estimated US$300 billion in annual marine “natural capital assets,” carbon sequestration is worth about $82 billion, reports Bloomberg Green, citing research by the UK’s Office for National Statistics (ONS).

The only ocean-based economy with a higher value in the study was marine recreation, at about $108 billion. And that, explains Bloomberg, includes “the income generated from having beaches as an amenity for recreation, which underpins the fortunes of dozens of towns near the sea.”

Fossil fuels come next, at about $63 billion annually. Fishing, renewables, and mineral extraction bring in about $11 billion, $4 billion, and $420 million, respectively.

In attempting to quantify in dollar terms the benefits the UK receives from so-called “blue carbon,” the country is participating in “a global effort to use financial tools to understand the costs of using fossil fuels,” writes Bloomberg. That effort, say climate activists, “will help focus policy-makers on reducing harmful emissions.”

The $82 billion in value assigned to marine carbon sequestration is based on the calculation that at least 10.5 million tonnes of carbon are being captured each year in saltmarshes, sea grasses, seabed mud, and sands. And that’s a conservative estimate, Bloomberg states.

“The real value could be six times higher, with the seabed storing the equivalent of more than 60 million tonnes a year.”

That value is set to expand, with the federal government’s net-zero by 2050 goal now tied in part to a variety of direct air capture (DAC) technologies, which the UK plans to use to remove CO2 from industrial processes onsite—then pumping that pollution under the seabed.

Also set to contribute to the country’s marine natural capital are renewables, with many more wind farms being installed offshore. “The value of marine renewable energy production grew by 37 times in the decade since 2008, when the offshore wind industry barely existed,” writes Bloomberg.