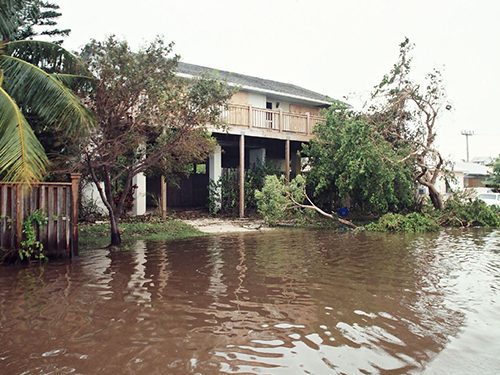 Two recent bills passed in Florida are sending hundreds of millions of dollars toward improving climate resiliency in the state—at the expense of established funding for affordable housing.

Earlier this month, stated legislators voted to commit up to US$100 million annually for fighting flooding and adapting to sea level rise. That achievement was soon outdone by another bill just passed, which will fund an immediate $111 million in similar climate resilience efforts, plus further monies to improving water quality. But it will do so by dipping into cash previously earmarked for affordable housing.

The two bills reflect the extent to which the resiliency issue has become a priority for Governor Ron DeSantis (R) and House Speaker Chris Sprowls (R), writes the Miami Herald.

The first bill, the unanimously approved SB 1954, “calls for setting up a multi-year statewide flooding and sea level resilience plan that the Department of Environmental Protection would update annually.”

The second bill, SB 2512, has been more controversial. Approved 78-38, it will “divvy up more than $400 million in documentary-stamp tax dollars that in the past have been targeted toward what is known as the Sadowski Trust Fund for affordable housing.” Now, the plan is to provide $200 million to affordable housing, “with $111.7 million going to sea-level rise efforts and $111.7 million going to sewage treatment projects.” The Herald notes that the Sadowski fund has long been tapped by lawmakers seeking an easy path to finance items that are unrelated to housing.

Representative Omari Hardy (D) condemned SB 2512, telling the Herald it is “built on a false choice” between addressing burgeoning crises like sea level rise and declining water quality, and working to remedy the long-standing and growing crisis of too little affordable housing in the state.

Representative Joe Geller (D argued that rather than dipping into a housing fund, “the state could use $10 billion headed to Florida from the federal American Rescue Plan to fund resiliency efforts, sewage projects, and other urgent water needs.” Representative Josie Tomkow (R) countered that the measure will prohibit any future attempts to hijack further funds from the Sadowski Trust.

Environmental groups have voiced support for the measure while expressing hope that lawmakers will eventually also address sources of emissions that are leading to climate change.

In its coverage of the new legislation, the Associated Press calls the flooding bill “some of the most robust yet to defend U.S. coasts against sea level rise.” Jonathan Webber, deputy director of Florida Conservation Voters, called it “a bold first step” for the state.

“At the same time what it’s missing is anything to actually reduce the cause of the problem—which is greenhouse gas emissions,” Webber told AP.

UK Seabed Has More Economic Value Than Oil Beneath It, Study Finds