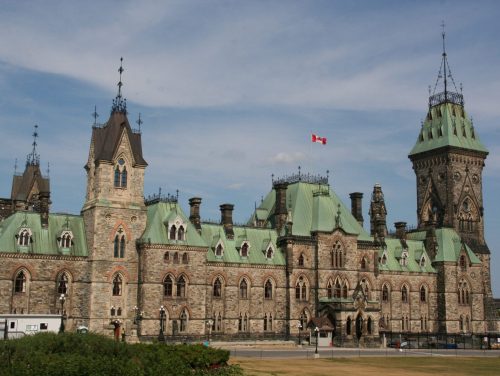 Conservatives have moved to quash a government bill that mandates Ottawa set targets to hit net-zero carbon emissions by 2050 over a lack of representation from the oil and gas sector on an outside advisory panel.

Tory House Leader Gerard Deltell put forward the motion during the fourth debate of Bill C-12, The Canadian Press reports. It asks the House not to give the legislation a second reading, where it could be approved in principle and sent to a committee for further study. The Conservatives’ motion says C-12 fails to implement a plan that addresses climate change while protecting Canadian jobs and economic growth.

It says the Liberal government failed to work with other parties as to who would be part of an outside group advising the environment minister on how to achieve net-zero emissions by 2050.

“This move comes the day after Erin O’Toole released a climate pamphlet that made no commitment to get Canada to net-zero emissions by 2050,” Wilkinson said in a statement.

The Conservative motion said Liberals appointed “climate activists” to the outside panel and if the government acts on their advice it would destroy the oil and gas sector, as well as other industries, and weaken national unity.

“What bothers us with regard to this bill is that yet again, the Liberals have a hidden agenda,” said Conservative MP Joel Godin in French. “They’re already making appointments —they’ve identified people who would be on the advisory body. Can we not respect all industries in Canada?”

The government announced in February that 14 people had been appointed to the advisory group. Among those were the president of the Canadian Labour Congress and executive director of Climate Action Network Canada. The Yukon regional chief for the Assembly of First Nations and former president of SaskPower also make up the advisory panel.

“Conservatives wanted to work with the Liberals on their plan to reach net-zero, but the Trudeau government has broken their promise to work with representatives from oil and gas companies and their organizations,” Tory environment critic Dan Albas said in a statement.

He said the panel doesn’t include anyone from oil and gas or associated groups, even though the natural resources minister has said the country can’t achieve net-zero emissions without the sector.

“The body is filled with individuals who are actively working to hurt Canada’s energy workers and against oil and gas projects,” Albas claimed.

Some members do have a background in the industry, such as the panel’s co-chair, who formerly headed up an alliance focused on improving the environmental performance of Canada’s oil sands, before moving to a charity focused on net-zero. As well, the executive director of the Pembina Institute, who sits on the group, used to be the chief sustainability officer for Enbridge.

The Conservative motion comes after Wilkinson sent a letter to opposition leaders urging they end the debate over C-12 and move it on to the next legislative stage. He asked that if leaders didn’t allow the debate to wrap, that they consider supporting the government’s use of what he called “the parliamentary tools available” to move the bill forward.

The NDP and the Bloc Québécois say the bill needs to be strengthened and the Liberals say they are open to making amendments.

NDP environment and climate change critic Laurel Collins said the bill doesn’t include any accountability mechanisms for the next 10 years and wants it include a 2025 milestone target. “The Conservatives have not been treating climate change seriously and it’s clear that they’re not interested in getting this bill into law. But the Liberals need to stop blaming everyone else for their failure to address climate change.”

The bill would require the federal environment minister to set rolling, five-year targets for cutting carbon emissions starting in 2030 and ending in 2050, when the Liberal government has promised to achieve net-zero emissions.

It does not specify what those targets would be and would not require an actual number—or a plan to get there—until at least six months after it becomes law. The only penalty for failing to meet the targets would be a public admission of failure.