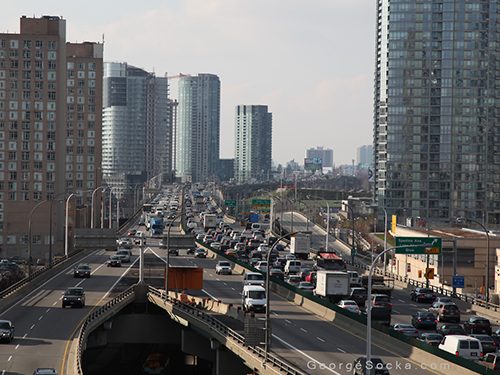 Two veteran public interest researchers have come up with a troubling equation they say is at the heart of the federal government’s climate strategy: Carbon Pricing + Hydrogen + Carbon Capture + Nuclear = Paris 2030 and beyond.

“It is never expressed but it is clear,” write retired researchers and activists David Robertson and Terry Moore, in a blistering critique they produced for Seniors for Climate Action Now (SCAN!). While the strategy contains “some useful initiatives, hopeful promises, encouraging developments,” they add, “somehow it feels as if the Liberals are checking the appropriate boxes on a green initiatives checklist rather than developing the elements of a comprehensive climate action plan,” leaving the government with a “smorgasbord of initiatives” that is ultimately “insufficient to the task”.

And “behind this formula is arrayed a powerful set of forces—big oil and gas, the hydrogen lobby, the nuclear industry, the carbon storage companies, the big emitters.”

Terry Moore and David Robertson are scheduled to present their findings Wednesday at a webinar hosted by Below2°C. Register here.

Unlike most of the climate community analysts and advocates who’ve had a hand in the federal strategy, Robertson and Moore take issue with a plan that emphasizes the economic opportunities in an effective climate response over the depth of the emergency humanity faces. “That is the goal,” they write. “Not to be left behind. To be able to compete in a changing world. To be a global economic leader. Nowhere is there mention of a crisis nor a situation that requires an emergency footing, an emergency response.”

On that basis, they conclude that the updated climate plan the government released in December assumes “there is climate change, not a climate emergency,” that “economic growth is the overarching goal even for climate policy”, that market players will solve the problem given the right price signals to respond to, and the fossil industry “must be protected and supported” through the adoption of a “‘fossil first’ climate action plan instead of a ‘climate first’ approach.” It envisions a new, low-carbon era that strengthens Canada’s existing “export-led, extraction-based economic model”, while assuming the country will become a hydrogen superpower.

“It is this problematic orientation together with a set of inadequate climate initiatives that will lead inevitably to more missed emission reduction targets and broken climate promises,” they write.

Robertson and Moore warn that:

• Ottawa’s plan to provide C$5,000 energy retrofit grants to up to 700,000 households will only deliver assistance to one in 10 Canadian homes by 2030 if it’s fully subscribed. The maximum grant will be too lean to support the deep energy retrofits the country’s existing building stock needs, and the published plan fails to quantify the greenhouse gas reductions the retrofits are supposed to deliver.

• To fulfill the government’s “oft-repeated promise” to plant two billion trees as a nature-based climate initiative, Canada would have to plant more than 600,000 per day for the next nine years. But “even if the tree planting numbers are achieved it won’t get us closer to the emission reduction targets,” since the government has failed to recognize that its managed forests are a net emitter of greenhouse gases due to excess logging.

• Unlike a growing number of jurisdictions around the world, Ottawa hasn’t set a deadline to ban the sale of internal combustion vehicles. More than a decade after a federal electric vehicle roadmap set a goal of at least 500,000 EVs on Canadian roads by the end of 2018, only 168,000 out of nearly 23 million cars, SUVs, and pick-up trucks are zero-emission. Consumer incentives for EV purchases are inadequate where they exist, Robertson and Moore say, and fleet electrification plans have had only a very limited impact so far.

• Renewable energy is scarcely mentioned in the federal plan, despite international reports calling for a five- to six-fold increase in renewables deployment. “There isn’t a section of the report devoted to developments in wind and solar power capacity,” Robertson and Moore write. “There are no targets for the expansion of clean renewable energy supply. There is no commentary about the role wind and solar can play in the shift to electrification of our overall energy system and no new funding programs to support such a transition. In fact, renewable solar and wind energy stands as one of the most glaring omissions in the climate plan.”

• Instead, the country relies on a power grid supplied primarily by hydropower and nuclear generation. But “Canada’s relatively low-carbon electrical energy system only meets about 17% of Canada’s total energy demand while the lion’s share—76%—is met by the high carbon-intensive oil and gas sector,” the two authors note. “The attention focused on impressive sounding year-over-year increases in renewable energy capacity has obscured the fact that the vast majority of our total energy demand is still being met by the burning of fossils fuels.” Additions to solar and wind capacity have “flat-lined” since 2015, even as the technologies have become more affordable.

• Most of the $964 million over four years allocated to renewable generating capacity will likely be earmarked for grid upgrades and expansions—an important investment, Robertson and Moore say, but not enough to constitute a renewable energy strategy. “Even if all those funds were to be used to support wind and solar energy generation projects the result would be very limited,” they write. And “the fact that the federal government is content, on the one hand, to make only indirect and very modest investments in the renewable sector while nationalizing a fossil fuel-enabling pipeline at an enormous public cost, on the other, speaks volumes about its enduring commitment to fossil energy and fossil capital.”

The 57-page report goes through a detailed critique of Canada’s carbon pricing and offsets system, lists the hurdles the government can expect to face with its hydrogen, CCUS, and nuclear commitments, and casts the overall strategy as a “wash of pale green” that will allow Canada’s mining sector to meet surging global demand for the raw materials behind the renewable energy transition. “Canada’s mining sector is primed to meet the increasing demand,” Robertson and Moore write, and “the Liberals want to ensure Canada’s mining giants are allowed to explore, extract, and expand,” based on a federal mining strategy that says very little about a constructive role for the minerals sector in the fight against climate change.

They contrast those “clear demands” with the “more tentative and only vaguely aspirational” commitments in the climate plan: to “study recycling capabilities”, “encourage industry” to plan for climate change, and “recommend best practices” for a range of environmental problems.

Taken as a whole, “the problem with the government climate plan is more than the inadequacy of particular initiatives or even the glaring omissions,” Robertson and Moore conclude. “The flaws in the central logic of the plan are what jeopardizes our future. Instead of driving down fossil demand and replacing it with renewables, the government’s plan tries to convince us that Canada can achieve net-zero status and keep growing GDP by pricing carbon, incentivizing carbon intensity reduction technologies, and investing in fossil fuel hydrogen, modular nuclear, and carbon storage.”

But along the way, “Canada’s Paris targets retreat out of reach and net-zero 2050 seems more of a delusion to keep the fossil fires burning. The fossil fuel industries’ changing game plan from outright denial to delay and doubt and now clambering on board the net-zero bandwagon has strong greenwashing support in Ottawa.”

The alternative, the two authors say, would be for Ottawa to commit to deep decarbonization, climate justice, and social and economic transformation, and recalibrate federal tax, fiscal, and energy policy to “focus on both the supply side and the demand side” of the energy sector.