Here’s What it Would Take to Decolonize ‘British Columbia’ 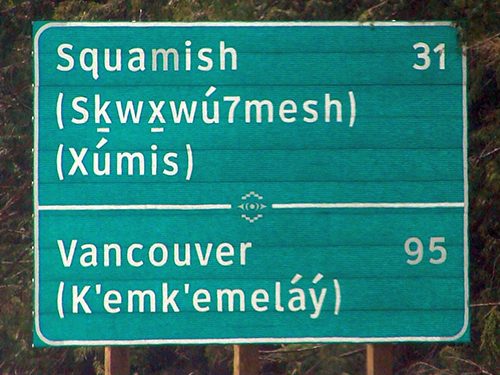 In late March, Dogwood BC Communications Director Kai Nagata wrote a long-form post on what it would take to decolonize “British Columbia”. Communications Manager Christina Smethurst introduced the post with her own retrospective in Dogwood’s weekly newsletter. This summary is compiled from the two posts and published with their permission.

This summer will mark 150 years since the province of British Columbia joined Canada. For some, it will be a landmark anniversary to celebrate. But instead of letting provincial pride blind us to history, let’s acknowledge the true history of how British Columbia came to be.

Since the discovery of coal on the West Coast in the 1830s and gold in 1851, corporate interests have been scheming ways to separate Indigenous people from their lands. The colony, its settlements and bureaucracy were all created to facilitate resource extraction. And that unleashed terrible violence on Indigenous nations, lands, and people that continues to this day.

Most folks don’t know much about local history. A lot of people went to public schools that taught little about the murder and deceit that paved the way for our life today. And the stories settlers hear or choose to study are usually from a colonizer’s perspective, that of conquest, “discovery”, and domination.

But colonialism is still alive and well in British Columbia. When you visit a post office, you stare across the counter at a portrait of the queen. The names of war ships docked at the navy base near Victoria (a city named for a British Queen) all start with HMCS — Her Majesty’s Canadian Ship. And it turns out that a neighbourhood in Victoria, currently known as Cadboro Bay, was named after a Hudson’s Bay Company ship that anchored there in 1842 and was used to murder Indigenous families in their sleep across the Strait, fire cannonballs into their village and carry off their possessions. City names, ships, land, all named after people and companies that forced their way onto land that didn’t belong to them and stole what they found.

In the mid-1850s, American miners kidnapped Stó:lō children on the Fraser River to use as slaves, many of whom died. Then the prospectors began to shoot men, women, and children to clear the riverbanks for gold mining. Those murders helped lay the foundation for the province we call home.

Decolonization is the process of undoing colonization and repairing its many harms. It is a long-term project that involves transferring power, wealth, and land back to the people it was taken from. In this part of the world, decolonization is still at a very early stage. Many non-Indigenous people are still learning how “British Columbia” was colonized to begin with.

In 1858, the Nlaka’pamux and other interior nations were already panning for gold to trade with the Hudson’s Bay Company at Yale and Fort Hope. They relied on the same rivers for salmon, which were crucial to winter survival. Indigenous people began to retaliate against the invading prospectors.

That summer, hundreds of American miners organized themselves into armed militias. Led by veterans of the U.S. Indian Wars, they poured across the 49th parallel and embarked on a campaign of extermination. They burned villages, destroyed food caches, lynched, raped, and shot people as they marched up the Fraser and Okanagan rivers.

The Nlaka’pamux, Secwepemc, and Okanagan gathered a force of thousands of warriors to repel the militias. The U.S. Army assembled 1,500 troops in Washington State, armed with howitzers. Only last-minute peace talks at Lytton between the war chief Sexpinlhemx and a California militia captain, Henry Snyder, prevented a larger war.

That fall, after letting the Americans do the dirty work, the British ventured out of their fort at Victoria, travelled upriver, and proclaimed the Crown colony of “British Columbia”. Today, the Crown still claims 95% of the land, much of which it leases out to corporations for resource extraction. About 5% is private property. 0.4% is “Indian Reserves”.

The bloodshed of the 1850s, and deliberate spreading of smallpox in the 1860s, opened the door for land theft, human suffering, and ecosystem disruption on a scale that is difficult to comprehend. Until we reckon with that history, B.C. can only get so far in solving the problems we face today.

In his full post, Nagata lays out four paths to that reckoning:

• Education: One small step toward halting or undoing some of the harms inflicted by colonization is to learn how we ended up where we are. Because it’s largely not taught in school, we rely on media organizations, artists, oral and written history to fill in the blanks. Unions, faith groups, and NGOs can all play an important role in using their platforms and resources to educate members.

For many non-Indigenous people, this learning comes with feelings of disbelief, horror, grief, or complicity. While it’s normal to want to talk about it with friends, it’s not fair to burden Indigenous people with requests for resources or emotional support. Coming to terms with this is work for newcomers, and descendants of settlers and immigrants, to do ourselves.

• Reducing harm: From the Potlatch Ban and residential schools to the present-day fight over equal funding for health care for Indigenous children, undermining Indigenous governance, language, food security, and families is a foundational priority for both Canada and British Columbia. “Our poverty is not an accident,” the late Secwepemc leader Arthur Manuel wrote. “It is intentional and systematic.”

Every non-consensual clearcut, fish farm, or pipeline deepens the harm. As the Nuxalk Nation wrote in a letter to the governments of Canada and B.C. last month: “Through your ‘authorization’ of the commercial extraction of our resources you are willingly, knowingly, and deliberately inflicting on our People conditions of life that will ultimately bring about our physical destruction.”

• Healing and rebuilding: Indigenous people have continuously resisted occupation, assimilation, and genocide since long before B.C. became a province. The reason we can talk about decolonization today is that colonization never fully succeeded.

The Potlatch Ban drove Indigenous systems of government underground for 66 years. It did not succeed in destroying them. All over B.C., Big Houses and feast halls, hereditary systems, house groups, and potlatch societies are now being rebuilt. Indigenous governments, not Indian Act band councils, are reviving and asserting their own laws.

People are reclaiming languages and art forms at the same time. And many nations have built healing centres and programs to reconnect people with their lands and cultures. All these efforts deserve support, especially from the corporations, wealthy families, and governments that have taken so much wealth from Indigenous territories.

• Reimagining B.C.: Whatever this part of the world is called in 150 years, it’s a good bet it won’t be “British Columbia”. The eventual death of Queen Elizabeth II is going to open a conversation in Canada about our ties to the monarchy and, by extension, the institution of the Crown that wields so much power in B.C.

The B.C. Declaration on the Rights of Indigenous Peoples Act, passed unanimously by MLAs in 2019, provides a framework for updating provincial laws and statutes to respect Indigenous rights and title. In theory, it introduces the requirement of Free, Prior and Informed Consent for development or resource extraction on Indigenous territories.

In practice, it’s clear the government is still deeply invested in a paternalistic model of colonial land management. It will take many more years of lawsuits, blockades, and political and cultural transformation to loosen the grip of the Crown on these lands and resources.

But British Columbians should be asking how well it’s actually working for them to have corporations call the shots on 95% of the land base. Whether it’s forestry or fishing, mining or gas, most of our communities are at the mercy of faraway investors. Transferring that authority back to Indigenous nations would almost certainly lead to more sustainable local economies, and better protection of biodiversity.

When it comes to real estate, housing, and cities, no single project gives more hope than Sen̓áḵw. While the Squamish Nation builds 6,000 zero-emission homes, mostly rental, on a sliver of reserve land in Kitsilano, Vancouver City Hall can barely approve a 35-unit apartment building. What could Indigenous nations build with more than 0.4% of the land base?

As we spiral deeper into the climate emergency, it’s becoming clear that our colonial bureaucracy is not equipped or willing to challenge fossil fuel extraction. But there are other economic models and systems of government that predate British Columbia. Relinquishing the Crown’s claim on the land, and ceding power back to Indigenous nations, might be our best hope of surviving the next century.