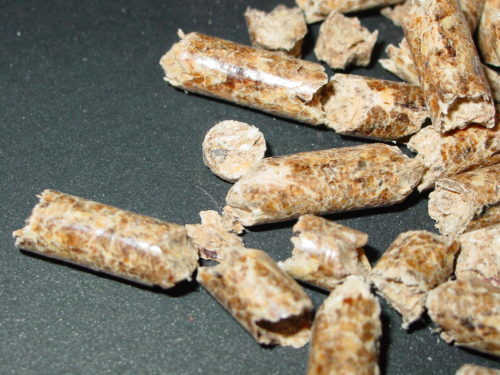 Environmentalists and loggers are crying foul after revelations that British Columbia’s thriving wood pellet industry is sourcing its feedstock not from wood waste, but from forests—and employing scant few workers in the process.

According to a new report from the Canadian Centre for Policy Alternatives (CCPA), “roughly 12% of everything logged in B.C. becomes wood pellets,” writes CBC News. That statistic seems to fly in the face of supposed standard industry practice, which is to create the biofuel from pulp and sawmill wood waste, not from whole trees.

Citing comment by the Wood Pellet Association of Canada, CBC reports that B.C. was, in 2020, “the largest producer of wood pellets of any sub-national jurisdiction in the world and exported 99% of its 2.5 million tonnes that year.”

And it did so while putting very few to work. According to CCPA, the province’s booming wood pellet industry employs “a little more than 300 people—just half of one per cent of B.C.’s forest industry work force.”

Judging from evidence (including multiple photographs of wood pellet mills) reviewed by CCPA policy analyst Ben Parfitt, entire stands of primary forest are being logged and delivered to these mills for pelleting. His report notes that one of B.C.s most active pellet producers, Pinnacle Renewable Energy, sourced most of the 1.3 million cubic metres of trees it has pelleted since 2010 from forests around Quesnel, “including trees from the extremely rare Interior temperate rainforest.”

Forest workers agree. CBC notes that Gary Fiege, union president of Public and Private Workers of Canada, said in a statement his industry “desperately” needs to focus on higher-value forest products that generate more jobs from each tree that is logged.

“There’s a place for pellet mills in B.C., but at the end of the line, not the beginning,” said Fiege.

Environmentalists are echoing the CCPA’s concerns, with Stand.earth calling for an immediate moratorium on turning forests into biofuels.

“Logging trees from primary forests just to turn them into pellets and burn them is a climate disaster—one that’s even worse than burning coal,” said Stand forest campaigner Tegan Hansen. “Scientists are warning that the planet cannot afford the massive increase in carbon emissions that comes from burning wood for power.”

The B.C. Ministry of Forests declined to say whether it would suspend approval of new pellet mills pending a review of the industry. It did provide CBC with a written statement acknowledging that “approximately 1.2% of the provincial timber harvest went directly to a pellet plant in 2020.” Ministry representatives insisted, however, that a kind of tree triage takes place to ensure that “low-quality, lower-value logs and residuals are being used in pellet mills.” About 200,000 cubic metres of 2020’s pelleted logs were from trees that had been killed by the pine beetle, for example.

Meanwhile, The Guardian reports that Pinnacle was recently acquired by controversial UK thermal energy producer Drax, in anticipation of a surging market for wood pellets in Asia and Europe over the next 10 years.