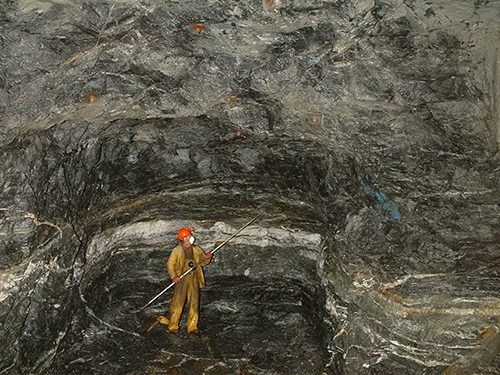 Greenland’s plans for a massive rare-earth metals mine have been thrown doubt with the recent election victory of Inuit Ataqatigiit (IA), a party firmly opposed to the project.

The April 6 vote put IA “on track to win 12 seats in Greenland’s 31-seat parliament,” writes the Globe and Mail. Party leader Múte Egede will now seek to build a coalition that could further seal the fate of the Kvanefjeld mine project.

The Greenlandic economy has long depended on fishing and farming. But, the Globe notes, “many Greenlanders see mining as a critical way for the island to diversify its economy and build the financial clout to gain independence from Denmark.”

Kvanefjeld would certainly be a financial shot in the arm, providing some US$100 million annually to the country’s coffers. It would also create 780 much-needed permanent jobs.

But opposition to the open-pit mine has been growing in tandem with public awareness that a byproduct of the mine will be uranium. “There are concerns that radioactive dust could pollute farms, ranches, and fishing operations around Narsaq, a coastal town of about 1,200 people only a few kilometres from the mine site,” the Globe writes.

Both China and the United States followed the recent election very closely, the former because it is involved with Kvanefjeld the project through the Shenghe Resources development company, the latter because it would very much like become involved. Rare-earth metals are critically needed in many electrical and electronic applications, “including cell phones, wind turbines, electric cars, and fighter jets,” the Globe explains.

As the two superpowers jostle for access to any precious minerals that may start flowing from Greenland, a significant proportion of the 41,000 Greenlanders who cast ballots last week have sent a clear signal: that any resources that lie beneath the surface of the Kvanefjeld project should remain undisturbed.

“There is a very big possibility now that [the project] will not be realized,” said former IA leader Sara Olsvig, now a fellow at the Institute of Social Science, Economics, and Journalism at the University of Greenland.

Olsvig told the Globe that while resistance to Kvanefjeld “has been very, very strong” due to the fears over radioactive waste, none of Greenland political parties (including IA) are opposing mineral resource development in general. In fact, she said, they’ve all expressed a desire to diversify Greenland’s economy, including into mineral development.

Given that push for diversification, Egede “will have to tread carefully if he tries to scrap the project,” writes the Globe. “China is a major buyer of Greenland’s fish, its biggest export, and the Chinese government has offered to invest in several infrastructure projects.”

As well, halting Kvanefjeld “could make it difficult to attract investment” into the other mineral projects in development, the Globe notes.

To date, Greenland has managed to keep both of its superpower suitors happy, formally agreeing to work with Washington to develop its energy and mineral wealth and moving forward with a plan to open a consulate in Beijing this autumn. “It is important for the new government to make a strong signal to the mining community that it’s only this particular project that is problematic,” said Rasmus Leander Nielsen, an assistant professor of social science at the University of Greenland.