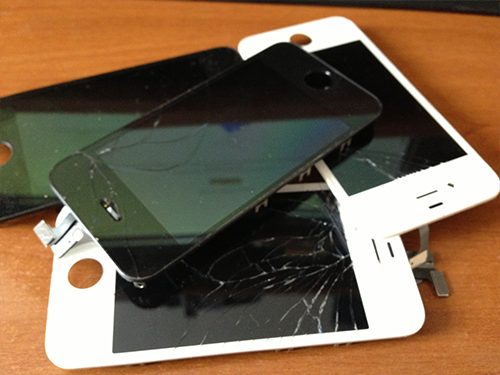 France’s recent move to require makers of electronics to give their products a “repairability” score shows that major tech brands like Apple and Microsoft may need to go back to sustainability school.

“Apple, the world’s most valuable consumer tech company, was unable to give any of its iPhones or MacBooks a repair score higher than 7 out of 10, making it a C student at best by the company’s own math,” writes Grist. Apple arch competitor Microsoft did even worse, failing “to crack 5 out of 10 for any of the products it scored.”

Samsung, whose smart phones were the top seller both in France and globally in 2020, was likewise forced to confess dismal scores on the new repairability index, although “it scored better on several devices for which it has recently made repair documentation available, highlighting companies’ ability to make their products easier to fix if they choose,” notes Grist.

Deriving a rating for a product does require some heavy lifting, Grist notes—for example, “the criterion related to the availability of spare parts…includes subscores that reflect how many years screens, batteries, speakers, and other components are available to manufacturers, repair professionals, and consumers.”

France’s framework taps into details that yearly sustainability reports do not, forcing electronics manufacturers to account for how their products are used, and, ultimately, disposed of, in the world beyond the factory and the balance sheet.

“The harder our devices are to repair and maintain over time, the more often we have to buy new ones that require additional energy and resources to make—and the more toxic e-waste we generate along the way,” writes Grist.

A striking result of the index is the shade it has thrown on the glowing copy that so often attends the marketing of any piece of electronics. Calling out Apple as a particularly egregious example, Grist notes that the index now reveals that “none of the commonly broken parts” on the iPhone XR and 11 ProMax “can be taken apart in 16 or fewer steps.”

While Apple and Microsoft have remained mum on whether they’ll take steps to boost their repair scores, Samsung “seems to be doing so,” writes Grist, noting that the leading global “smart phone titan” recently posted a free-to-download repair manual for its Galaxy S21+.

Describing Samsung’s move as “unprecedented,” Nathan Proctor, who heads the U.S. Public Research Interest Group’s right to repair campaign, told Grist the tech giant’s change of heart is proof that the industry’s long professed excuse that it needs to protect proprietary technology has just been so much smoke and mirrors.

“These claims are totally debunked—shown to be ridiculous—by the fact that as soon as there was a reason to publish these documents, namely, to improve the repairability score, concerns over the sensitivity vanished and the materials were online,” he said.

“If companies make their devices even a little bit more repairable as a result of this regulation, that could mean millions of customers choosing not to upgrade and instead sticking with the greenest phone or laptop out there—the one they already own.”