New Start-Up Aims to Build U.S. Energy Equity One Neighbourhood at a Time 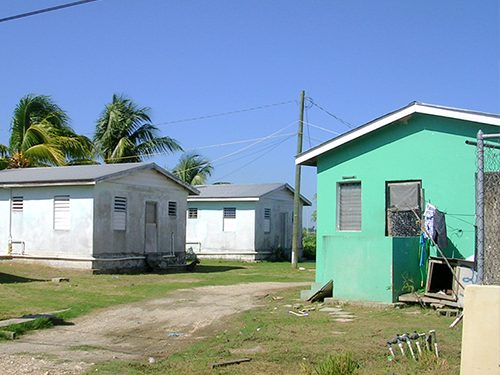 To be poor and a person of colour in the United States all too often means living with energy poverty and its associated health effects. A Brooklyn-based business founded by the son of Guyanese immigrants is working to change that reality, one building at a time.

“Roughly a third of U.S. households have trouble paying energy bills,” writes the Washington Post, citing the U.S. Energy Information Administration. “Wealth disparities and decades of racist housing policies mean that Black and Latino/Latina Americans are disproportionately likely to live in homes with broken or inefficient HVAC [heating, ventilating, and air conditioning] equipment that is more expensive to operate.”

Such sub-par equipment is more than just a blow to the pocketbook: entire neighbourhoods filled with buildings that house aging or shoddy gas and oil furnaces now constitute a public health crisis. “Ozone and lung-irritating particles from buildings are the nation’s biggest cause of premature death from air pollution,” the Post reports, citing a recent study from the Massachusetts Institute of Technology.

And with much of the U.S. energy grid still running on fossil power, even the most efficient of HVAC systems is part of a rising environmental crisis, with almost 33% of the country’s emissions coming from the energy used to operate, heat, and cool buildings.

Enter Donnel Baird, the 40-year-old founder of Brooklyn-based BlocPower. In the 10 years since its founding, his company “has brought clean energy to more than 1,100 low-income buildings across the New York area,” writes the Post.

Growing up in the 1980s in Bedford–Stuyvesant, a Brooklyn neighbourhood with a reputation for both civil rights activism and poverty, high addiction rates, and predatory property owners, Baird saw first-hand the struggles that have too long attended being Black and poor in America.

After many years away (his family later moved to Atlanta while he went on to study social justice Duke University as a scholarship student), Baird returned to New York, working first as a community organizer and then for the U.S. Department of Energy, helping to retrofit low-income houses. During that time he also earned a business degree at Columbia, and watched Al Gore’s An Inconvenient Truth—twice.

Knowing that the upfront costs of technologies like heat pumps, solar panels, and smart thermostats are out of reach for poor Americans, Baird understood that he needed to build a company “that could raise huge amounts of capital and use it to finance green retrofits in low-income buildings.” He also knew he could raise that capital if he could show investors they could actually make money on the savings accrued on utility bills.

So Baird explained to prospective investors that “he would audit families’ energy use” and “partner with the high-tech architecture firms that small homeowners usually couldn’t afford, using tools such as 3D scans and digital models to bring down construction costs,” the Post writes.

“He would forge agreements with utilities and cities that would enable him to earn even more money by helping those institutions meet their emissions reduction goals. And he would provide job training to residents in the communities he served, to ensure that the benefits of each project lasted long after the work was complete.”

The pitch was so effective that it gained the attention of the White House, and Baird had to skip his final exams to answer an invite to give a presentation there. The moment of truancy “turned out to be the right decision,” the Post notes. “He walked away with a US$2 million contract from the Energy Department.”

Now, Baird is eyeing an expansion to dozens more cities, including Philadelphia, Milwaukee, and Oakland. “Working building by building, block by block, he aims to address injustice and help save the planet,” says the Post.

“I have to find a way in the real world to come up with a plan that is going to preserve the life chances for myself and my children and my grandchildren,” Baird said.