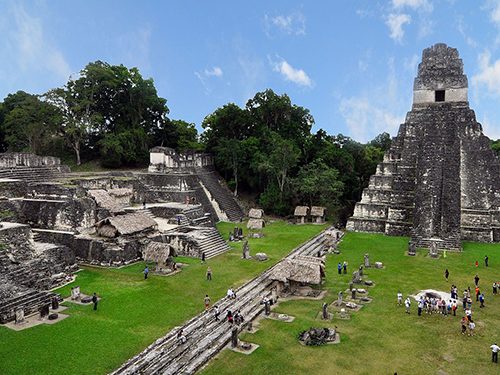 An obsession with catastrophe over facts might be producing a skewed understanding of how ancient societies responded to abrupt climatic change, leaving today’s society predisposed to “doomist thinking” as it contemplates the climate crisis.

“If you’re under the impression that climate change drove ancient civilizations to their demise, you probably haven’t heard the full story,” writes Grist, reporting on a new paper just published in Nature. Ancient Maya, for example, is widely believed to have “collapsed” when devastating waves of drought swept across its territories around the 9th century, but in fact the society endured in its millions thanks to resilience and ingenuity.

That so many people are surprised to hear that the Maya were not, in fact, wiped out shows that historical research often tends toward “an obsession with catastrophe,” says Grist.

And that’s a problem—not just because it’s important to get history straight, but because pervasive doomist thinking “feeds a pessimistic view about our ability to respond to the crisis we face today.”

Study lead author Dagomar Degroot, an environmental historian at Georgetown University, told Grist that “it would be rare that a society as a whole just kind of collapsed in the face of climate change.”

Which isn’t to say there isn’t a great deal to fear from the current climate crisis. “Certainly our article did not disprove that climate changes have had disastrous impacts on past societies—let alone that global warming has had, and will have, calamitous consequences for us,” said Degroot in a recent post.

The point of the recent study, however, was to add nuance to the story of past responses to climate change, specifically those from the Late Antique Little Ice Age (circa 6th century) and the Little Age (13th to 19th centuries  ).

“Looking at case studies from these frigid eras, the researchers concluded that many societies responded with flexibility and ingenuity,” writes Grist, pointing to efforts by 17th-century Norwegian whalers to cooperate with each other in ways that secured a harvest in ice-bound seas.

The tendency to neglect stories of resilience is very much a present problem, Grist adds. Reviewing 168 studies published on the Little Ice Age since 2000, Degroot’s team found that while “77% of the studies emphasized catastrophe, only 10% focused on resilience.”

Grist notes that “resilience” in this context “refers to the ability of a group to cope with hazards, responding and reorganizing without losing their core identity.”

Degroot told Grist that he and his team of archaeologists, paleoclimatologists, and environmental historians hope their report “discourages the kind of doomist idea that the past tells us that we’re screwed.”