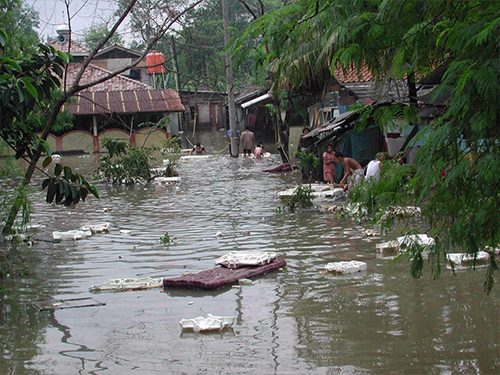 Al Jazeera writes that search and rescue teams are still working frantically to find the more than 70 people still unaccounted for after downpours generated flash floods and landslides swept away entire villages.

The Indonesian island of Lembata was particularly hard hit, with the Associated Press reporting at least 67 people dead after rain loosened solid lava from the sides of Mount Ile Lewotolok. The rock, generated by an eruption last November, came crashing down, crushing homes and burying those within.

“Many survivors have broken bones because they were hit by rocks, logs, and debris,” said Lembata Deputy Mayor Thomas Ola Longaday. “We don’t have enough anaesthesiologists and surgeons, but we’ve been promised that help will come.”

Longaday added that there is a desperate need for basic shelter necessities like tents and blankets in his region, and that it has been difficult to maintain COVID-19 protections in the crowded evacuation centres.

While help is arriving by helicopter and by sea, conditions are making it difficult to transport rescue equipment to where it is needed.

Citing an estimate by BNPB, Indonesia’s disaster management agency, Al Jazeera adds that “125 million Indonesians—nearly half of the country’s population—live in areas at risk of landslides.” Environmentalists have frequently identified deforestation as the primary driver behind this risk.

Meanwhile, Reuters reports that the increasing frequency of the cyclones themselves could be a result of climate change. “Seroja is the first time we’re seeing tremendous impact because it hit the land. It’s not common,” said Dwikorita Karnawati, director of the Indonesian Agency for Meteorology, Climatology, and Geophysics.