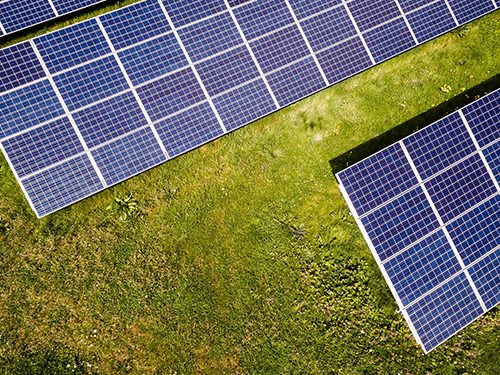 A U.S. technology newsletter is touting Canada’s newly-confirmed carbon tax as a likely catalyst for a “start-up explosion” in several branches of cleantech, even as the Globe and Mail reports on the loopholes some provinces have opened up in the federal scheme—with the Trudeau government’s blessing.

“With the roadblocks removed, entrepreneurs and investors around the world expect the carbon scheme to quickly boost the prospects of Canadian start-ups,” Tech Crunch writes, reacting to the Supreme Court of Canada’s strongly-worded decision late last month that held the federal floor price on carbon constitutional. “Companies that stand to directly benefit from a carbon tax in Canada include businesses like Kanin Energy, which develops decarbonization projects, including waste heat to power; CERT, which is currently competing in the carbon Xprize and is working on a way to convert carbon dioxide to ethylene; and SeeO2, a company also working on carbon dioxide conversion technologies.”

The California-based publication points to geothermal, transportation electrification, and hydrogen as technology areas that stand to advance as a result of the court ruling, noting that Ottawa’s target price of C$170 per tonne in 2030 is a bit higher than California currently pays, and about four times the carbon price set by the Regional Greenhouse Gas Initiative (RGGI) in the northeastern U.S.

“The high price on carbon has the potential to make Canada a powerhouse for scaling up breakthrough decarbonization technologies and for deploying solutions like carbon capture, industrial electrification, and hydrogen electrolysis,” one start-up investor told Tech Crunch.

“This represents underlying government support and a huge pot of money. If you wanted macro support for an underlying shift in sectoral developments that could substantiate and support tech companies working on climate change mitigation, what better then when the government has told you that we care about this and money is free?” said BeZero Carbon founder, Tommy Ricketts. “There couldn’t be a better condition for start-ups in Canada.”

“Think about the gas at the pump. That is going to get charged extra,” added an unnamed fossil investor. “For cleaner energy, the price will definitely be reduced. And think about where this tax is going. Most of the tax is going to go to government funding into cleantech or climate-tech companies. So you have a double boost for start-ups in the carbon footprint reduction area.” [Actually, the largest share of the federal floor price is rebated to consumers—Ed.]

But some of that boost may be lost to loopholes Ottawa has allowed along the road to entrenching its floor price on carbon. “The special deals and exemptions the Liberal government has endorsed over the past three years mean there are gaping holes in that floor, with the incremental carbon charge in most of the Atlantic provinces far below the supposed federal minimum,” the Globe and Mail writes.

The paper details exemptions in Newfoundland and Labrador, Prince Edward Island, and New Brunswick that make a national minimum carbon price “less of a reality and more of an aspiration,” giving those provinces a significant financial break compared to Ontario, Manitoba, Saskatchewan, and Alberta. Now, “some of the provinces that opposed carbon pricing in court are clamouring for the same kind of special treatment, even as Ottawa tries to close those holes.”

“What these mechanisms are doing is undoing any effect that the policy might have,” said Nicholas Rivers, Canada Research Chair in Climate and Energy Policy at the University of Ottawa. The Globe says there are signs that the special deals are running their course, but details the jockeying going on in as many as five provinces to undercut the national floor price.

Simon Fraser University sustainable energy specialist Mark Jaccard said the exemptions “disrupt the price signal that carbon pricing is supposed to deliver to consumers,” the paper adds. “But he said other parts of the government’s climate change strategy, including clean fuel regulations, will be less susceptible to distortion.”

Jaccard added that the reasoning behind the exemptions had everything to do with politics, not economics. “They were just trying to find friends.”