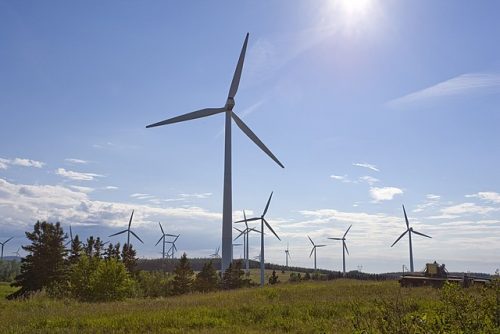 “Renewables—mostly in the form of wind and solar—accounted for 82% of new electricity installation in 2020, said Abu Dhabi-based IRENA,” writes Bloomberg Green. “China added 136 gigawatts, more than half the total and a similar amount to Spain’s overall power production.”

But there’s still “a huge amount to be done,” the Abu Dhabi-based agency said. Last month, IRENA called for a 10-fold increase in renewables development through 2050, equating to US$4.4 trillion in annual investment, to hit a 1.5°C target for average global warming.

But even so, “these numbers tell a remarkable story of resilience and hope,” said IRENA Director General Francesco La Camera. “Despite the challenges and the uncertainty of 2020, renewable energy emerged as a source of undeniable optimism for a better, more equitable, resilient, clean, and just future.”

In spite of the deep difficulties of the pandemic year, he added, “2020 marks the start of the decade of renewables. Costs are falling, cleantech markets are growing, and never before have the benefits of the energy transition been so clear.”

The report showed China—also the world’s biggest carbon polluter—installing 72 GW of new wind and 49 GW of new solar capacity last year. The U.S. weighed in with 29 GW of renewables—far less than China, but nearly an 80% increase from 2019.