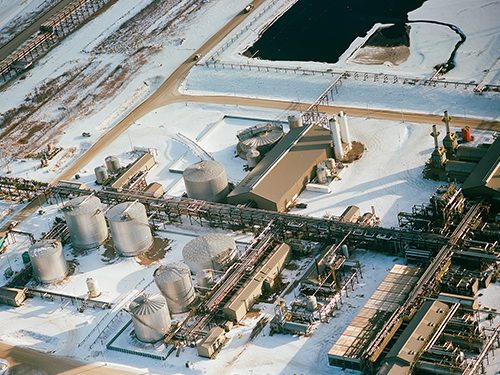 An investor action group in the Netherlands is declaring a “breakthrough” after the U.S. Securities and Exchange Commission (SEC) backed shareholders’ bid to have colossal fossil ConocoPhillips consider their motions related to the carbon pollution its operations produce.

“Finally, shareholders can vote about the elephant in the room: product emissions,” said Mark van Baal, founder of Amsterdam-based Follow This. “All our experience in Europe has shown that only shareholders’ votes for concrete emissions targets will lead oil majors to change course.”

In its response to its own shareholders’ initiative, ConocoPhillips “had sought to convince the regulator that motions asking the firm to lay out its plans for reducing Scope Three emissions was a form of micromanagement,” City A.M. reports. “But in a letter back to the firm, first reported by the Financial Times, the SEC dismissed the claim, stating: ‘In our view, the proposal does not seek to micromanage the company to such a degree that exclusion of the proposal would be appropriate’.”

The SEC’s response “marks a change of direction from the watchdog, suggesting that it will be tougher on climate issues than it was when Donald Trump was president,” the London, UK-based news outlet notes. “That could see U.S. oil firms such as ConocoPhillips and Exxon begin to adopt emissions reductions targets as their European peers have in recent years.”

Van Baal said he expected the SEC to respond similarly to initiatives from Chevron and Phillips66 shareholders. “Although such votes are non-binding, they do provide strong evidence of investor sentiment for executives,” City A.M. states.