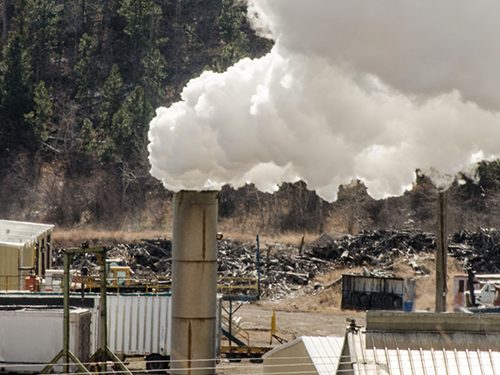 The Canadian government’s new carbon offset system could ultimately drive up greenhouse gas emissions while creating the illusion of progress on the climate crisis, three of the country’s leading climate analysts warn in an opinion piece for the CBC.

The post cites industrial carbon regulations in Alberta and forest management plans in British Columbia as examples of past offset programs that likely led to higher emissions.

“In theory, introducing a carbon offset system to the existing carbon-reduction mandates for large emitters is a clever idea,” write Nicholas Rivers, Canada Research Chair in Climate and Energy Policy at the University of Ottawa, Kathryn Harrison, professor of political science at the University of British Columbia, and IPCC lead author Mark Jaccard, director of the School of Resource and Environmental Management at Simon Fraser University. But “if implemented, this policy is likely to increase carbon emissions, perhaps substantially.”

Citing Ottawa’s recently-released consultation paper for its new national carbon offset system, the three authors take the example of a steel plant that aims to increase production, but faces a regulatory limit on its emissions. “With an offset system, a firm that finds it costly to comply with the emissions mandate can pay another, unregulated actor, like a farmer or forest manager, to reduce emissions in its stead,” they explain. “Ideally, the same environmental target is achieved at a lower cost, creating an economic benefit to both offset buyers and sellers.”

In theory, the approach has “has no overall impact on total emissions, instead just shifting who reduces emissions,” they add. But “what could go wrong? A lot.”

The problem, state Rivers, Harrison, and Jaccard, is that offset credits granted to unregulated operators may not reflect “real or permanent emission reductions”. They may also cut less than a full tonne of carbon for every tonne the steel plant is now allowed to emit. But it’ll be hard to know for sure, since the unregulated activity is “inherently unobservable”, without accurately pinpointing how much the farmer or forest operator would have emitted if not for the offset.

“It’s a bit like paying people to reduce their emissions by foregoing air travel,” they explain. “It’s hard to know who is genuinely cutting back on air travel, and who is simply exaggerating the number of transatlantic flights they were planning in order to get paid for not taking flights that they’d never really intended to take in the first place.”

Early international offset programs answered that question of additionality on a case-by-case basis, the authors say. Afterwards, study showed that most of the credits issued by the United Nations Clean Development Mechanism (CDM) went to offsets that would have happened anyway. And more recent, standardized approaches to offsets face their own problems.

“Also worrisome is the fact that forest and soil carbon storage is likely not permanent,” the three analysts write. “If offset credits are authorized for activities that only temporarily store carbon, the result will again be an overall increase in emissions, because the offset credit will allow regulated firms to increase their own emissions, and these emissions effectively remain in the atmosphere permanently. A non-permanent emission reduction used to offset a permanent emission increase leads to an eventual increase in carbon in the atmosphere.”

Then there’s the risk of unintended consequences, like a CDM offset for climate-busting hydrofluorocarbons (HFCs) priced so high “that some firms produced HFCs for the sole purpose of later destroying them and obtaining offset credits.”

The three authors go into detail on the Federal Greenhouse Gas Offset System and suggest two reforms to make the system work better: restricting offsets to activities “that are near-certain to deliver permanent, additional emission reductions”, and using direct federal incentives or regulation, rather than offsets, to encourage measures that produce uncertain but worthwhile emission reductions. Get the whole story here.