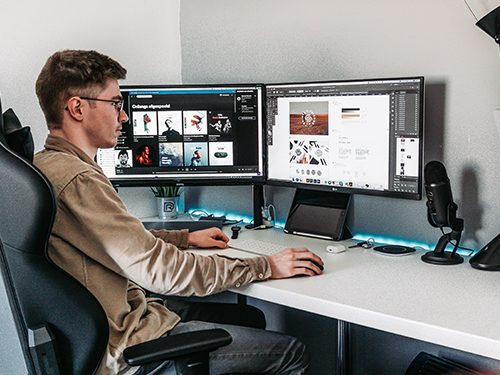 A major advertising agency has declared it will no longer make its services available to oil and gas companies, in a move that one executive compared to an earlier generation of ad managers’ refusal to back the tobacco industry.

“The decision is a moral one,” said Guy Hayward, global CEO of Forsman & Bodenfors, an international ad agency with major offices in Sweden and New York, in an interview with the New York Times. “We believe that communication is powerful and, obviously, we should be using it to drive the change we want to see, rather than maintaining the status quo.”

“It’s an old-guard, new-guard situation,” added Hillary Moglen, a principal at Los Angeles-based advocacy communications firm Rally. “There will be a point when it won’t be culturally acceptable to work with these clients.”

The Times says Forsman & Bodenfors is one of dozens of agencies, most of them small, that have signed on to the Clean Creatives campaign organized by Fossil Free Media, a non-profit media lab led by 350.org co-founder Jamie Henn. Campaign manager Duncan Meisel acknowledged to the Times that it’s tough getting agencies to turn down clients during a global pandemic.

“The advertising industry is not super healthy right now,” he said. “People are used to having these clients, and it’s hard to say no to a paycheque.”

But for Forsman & Bodenfors, which previously worked for Norwegian state fossil Equinor and ran award-winning campaigns for automaker Volvo, “it’s about raising awareness in the broader creative community,” Hayward said, “so it becomes a topic in the same way tobacco became a topic. And now I don’t know a single person who would work on a tobacco account.”

Clean Creatives isn’t the only source of pressure, the Times says. Amsterdam voted last December to ban oil and gas ads on its streets, and campaigns around fossil advertising, climate warning labels, or sports team advertising have taken shape in Australia, Belgium, Canada, Finland, France, the Netherlands, the United States, and elsewhere.

In the U.S., Greenpeace launched a complaint against Chevron before the Federal Trade Commission, accusing the colossal fossil of “consistently misrepresenting its image to appear climate-friendly and racial justice-oriented, while its business operations overwhelmingly rely on climate-polluting fossil fuels, which disproportionately harm communities of colour.” The Times contrasts one gauzy Chevron ad, which received 200,000 views on YouTube, with the 600 gallons of “petroleum and water mixture” that recently leaked into San Francisco Bay from its Richmond, California oil refinery.

But ultimately, “it will be tricky for advertising and communications firms to make a clean break,” the Times says, citing a report last year by Brown University visiting professor Robert Brulle. “BP, ChevronTexaco, ConocoPhillips, Exxon Mobil, and Shell help drive the marketing business, having spent nearly $3.6 billion on advertising since 1986.”

The Times says some of the biggest agencies declined to comment on the issue. But “ad executives say some employees, especially younger ones, who are increasingly sympathetic to environmental concerns, have objected to working on oil and gas accounts.”