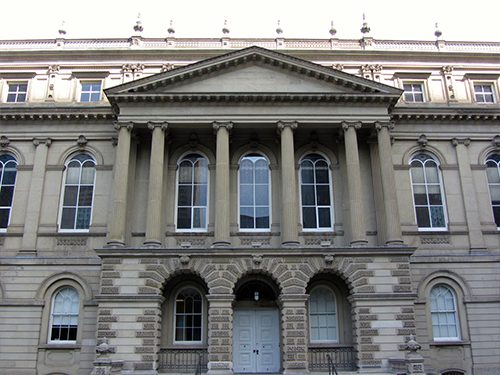 The Doug Ford government in Ontario is now 0 for 2 in its bid to stop a youth-led climate lawsuit from going to a full court hearing.

Ecojustice calls the decision a “historic legal victory” and a “Canadian first” in a release republished by Orillia Matters and Newmarket Today, the “first of its kind to clear key procedural hurdles and move full steam ahead toward a full hearing on its merits.”

“VICTORY,” Ecojustice tweeted Friday. “A court has denied the Ontario government’s second attempt to shut down Mathur et. al. v. Her Majesty in Right of Ontario.”

Filed in November 2019, the lawsuit challenges the government for adopting the Cap and Trade Cancellation Act in 2018. The bill “repealed what were considered to be relatively strong greenhouse gas reduction targets for 2020, 2030, and 2050,” Ecojustice explained at the time. “The government then replaced these targets with a single, significantly weaker 2030 target.”

It’s taken a while. But Thursday’s “landmark ruling” by Ontario’s Divisional Court “marked the first time in history a Canadian court has ruled climate change can threaten Canadians’ fundamental rights,” the Toronto-based legal charity explains. “It further affirmed that citizens have the ability to challenge a government’s climate actions under the Charter of Rights and Freedoms.”

The Divisional Court’s dismissal of the province’s legal challenge “is significant. It means this important youth-led climate lawsuit will be heard on its merits by a Canadian court,” said Ecojustice lawyer Danielle Gallant. “Alex, Beze, Madison, Shaelyn, Shelby, Sophia, and Zoe are already making history as climate leaders. Now, they will get their day in court to plead their case, which could lead to even stronger legal precedents that hold governments to account for taking climate action and protecting our fundamental rights.”

“I am relieved the courts recognize the significance of our climate case and that we will be allowed to move ahead with this lawsuit,” said Shaelyn Wabegijig of Peterborough, one of the seven youth applicants, who grew up in Rama First Nation.

“As a young person, I worry about how the climate crisis will affect us every day. I see the way the world around me is rapidly changing. I hear from Elders about how things used to be, and it makes me sad to think about all we’ve lost. But it also makes me determined to take action for all our relations and future generations.”