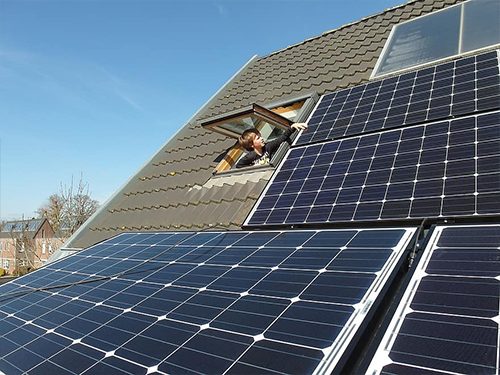 The United States government is setting out to cut the cost of solar-generated electricity by 60% over the next decade, five years ahead of schedule.

The target is part of the Biden administration’s “ambitious plan to decarbonize the United States’ power sector by 2035,” Reuters reports. The plan is to cut the cost of utility-scale solar from 4.6¢/kWh to 3¢ by 2025 and 2¢ by 2030, Bloomberg writes.

U.S. solar costs have already fallen 80% in the last 10 years, and the technology now accounts for the largest share of the new power generation capacity the U.S. installs each year, the news agency says. But to hit the 2035 decarbonization target, which is in turn a cornerstone of President Joe Biden’s climate agenda, the U.S. Department of Energy says the country will have to install solar capacity five times faster than it does today, with hundreds of gigawatts of new capacity installed.

“To get there, the agency committed to spending US$128 million on technologies including perovskite solar cells, which are regarded as a promising, cheap alternative to the silicon cells that dominate the market,” Reuters says. “Funds will also support research on cadmium telluride and concentrating solar technologies,” and will aim to extend the useful life of existing solar farms by developing better inverters, cables, and racks.

“In many parts of the country, solar is already cheaper than coal and other fossil fuels, and with more innovation we can cut the cost again by more than half within the decade,” said Energy Secretary Jennifer Granholm. “This first burst of funding will help us add even more affordable clean energy to the grid, jobs to communities across the country, and will put us on the fast track toward President Biden’s goal of 100% clean electricity by 2035.”

• $33 million for advances in concentrating solar;

• $25 million for a next-generation concentrating solar plant, to be set up by Sandia National Laboratories with the goal of reducing production costs to 5¢/kWh;

• $7 million to extend the life of existing silicon solar cell systems from 30 to 50 years;

• $3 million for a Perovskite Start-Up Prize;

The last time the U.S. set a cost reduction target for solar, it hit its goal three years early, in 2017, taking advantage of cost reductions due to expanded production in China, Reuters writes.