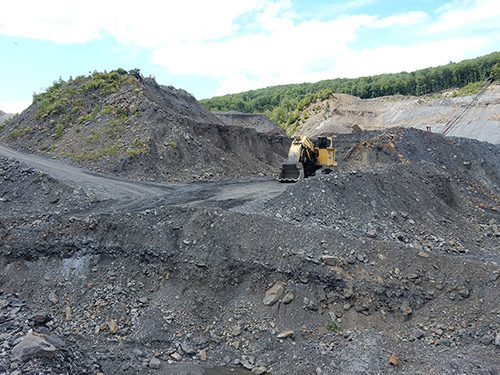 As the energy transition picks up across the United States, fossil-dependent states like Pennsylvania are struggling with the devastating financial and environmental price of betting the farm on oil, gas, and coal. But a policy brief published late last year offers some hints on how to build back better.

As four of the nine coal mines in Greene County, Pennsylvania, shuttered between 2011 and 2019, many hundreds found themselves without jobs, and the county’s tax base shrank as young people left to seek better, more secure lives, writes PennLive.

The sense of being hollowed out economically (and socially) was mitigated, however, by a sudden influx of natural gas dollars as fracking companies descended on the region, ultimately drilling 1,257 wells and, from 2012 onward, paying roughly US$4 million annually in “impact fees” for the privilege of doing so.

But Greene County did not learn its lesson from the coal bust, and failed to save for the inevitable rainy day. Now, “without major changes, county budget office projections show that Greene may not have the revenue or reserves to cover its costs by 2023,” PennLive reports. The local newspaper explains that half the fossil windfall went to balancing the county budget, while the rest was spent on “short-sighted and wasteful” projects, including a $550,000 business loan program that produced exactly zero results for the larger economy.

But the problem runs deeper than a lack of financial probity on the part of county leaders. Whereas coal mining typically provided long-term jobs (at least until the sector began automating in a desperate bid to cut costs), fracking is labour-intensive only while the well is being drilled—hence a pattern of temporary workers surging into communities, then leaving once that work is done.

In Greene County, the initial 2012 fracking boost led to rents more than doubling while hotels and local businesses boomed. And then there were those impact fees, which paid rich dividends—for a while.

Desperate to replenish its coffers, the county increased property taxes for the first time in many years, but the takings are likely to be slim: many working-age people left long ago for greener pastures. “About 18% of Greene County’s 36,000 residents are older than 65, and 19% are younger than 18,” PennLive reports.

And that younger demographic remains very much in need. The county does not have adequate safe places to play or mental health programs, and a lack of broadband access in about 20% of the county has left about 40% of its 4,600-plus elementary and high school students with no access to online learning during the pandemic.

Meanwhile, Greene and three of its neighbouring counties could be seeing the stark effects of having fracking wells in or near their community. The New Yorker writes that, between 2008 and 2018, reporters at the Pittsburgh Post-Gazette documented at least 27 cases of Ewing’s sarcoma in the region—an extremely rare and highly virulent form of bone cancer that occurs mostly in young people. Since then, investigative reporters, researchers, and grieving families having been trying to pinpoint the cause, with radionuclides in local drinking water high on the list of suspected culprits.

The New Yorker explains how radionuclides ended up in the region’s water systems. Fracking wastewater contains both toxic chemicals added to facilitate fracking and radioactive elements like uranium and thorium, which are picked up underground during the drilling process. Many of the sewage treatment plants that process much of this wastewater (often unbeknownst to locals) are ill-equipped to deal with these subterranean toxins.

To date, “no study has found a definitive link between fracking waste and Ewing’s sarcoma or any other rare cancer,” The New Yorker notes. A U.S. Department of Health-funded research study, yet to commence, will be looking at “correlations between illnesses among residents and their proximity to oil and gas infrastructure,” but will not specifically study “the dangers of radioactive waste.”

Nothing can undo harms already brought to children in communities dependent on the fossil industry, but work is under way to ensure those communities do not suffer further from being left behind as the world decarbonizes.

Case in point is the Environmental and Energy Study Institute (EESI), which last November issued a brief outlining exactly how coal country can navigate that transition. It starts with economic diversity.

“Programs to ease the work force transition process should not simply shift economies from being exclusively focused on one industry to being focused on another single industry,” EESI writes.

In its review, EESI points to a June 2020 report by the U.S. House Select Committee on the Climate Crisis that made several recommendations for coal workers, including “financial support through wage replacement, health care, and job retraining and placement, along with community-oriented assistance such as coal site reclamation, investment in local leadership and entrepreneurs, temporary supplements for lost tax revenue to ensure essential services, and investments in economic diversification.”

In Congress, meanwhile, Pennsylvania Representative Matt Cartwright (D) has proposed his Revitalizing the Economy of Coal Communities by Leveraging Local Activities and Investing More Act. The excellently-monikered RECLAIM Act “would disburse $1 billion of the Abandoned Mine Reclamation Fund’s unappropriated balance of $2.3 billion to economically distressed communities with eligible reclamation projects between 2020 and 2024.” EESI adds that the bill would prioritize projects that support economic diversification.

The report also lists a number of federal programs geared toward helping community leaders guide their constituencies away from coal, including the Department of Commerce’s Assistance to Coal Communities (ACC) program. One such grant given to the Navajo Nation led to the construction of a metrology and materials testing centre at the Navajo Technical University in New Mexico. Based on a $1-million grant, that project “is expected to generate $15 million in private investment and to diversify the Navajo Nation’s economy by training displaced workers for new jobs in the energy sector.”

And then there are the grants, to the tune of about $1 billion per year, issued by the Workforce Innovation and Opportunity Act Dislocated Worker State Formula Program. A decided mouthful, this Department of Labour initiative helps “dislocated workers find re-employment through job search assistance, career services, and training.”

Even fossil-dependent regions like Appalachia where wind and solar resources are not rich can still stand to benefit by leveraging the need for energy efficiency, EESI notes. Citing a 2019 report by the American Council for an Energy-Efficient Economy, EESI explains that Wyoming, West Virginia, and Kentucky ranked very low in energy efficiency—51st, 48th, and 38th in the country, respectively—thanks to years of cheap electricity. Now, these states will need to insulate and retrofit with a vengeance, and there will be jobs.

Then there are the employment opportunities in restoring ecosystems ravaged by years of fossil fuel extraction—both in the remediation work itself, and in a consequently revitalized local economy. (Businesses tend to avoid setting up shop in toxic coal ash pits, EESI notes.)

Finally, many coal communities are rural, which in America means poor internet service (witness the experience of those schoolchildren in Greene County). “Training displaced fossil fuel workers in the skills to work in broadband deployment and fibre optic cable installation is another potential route to benefit individual workers and rural communities,” EESI writes.