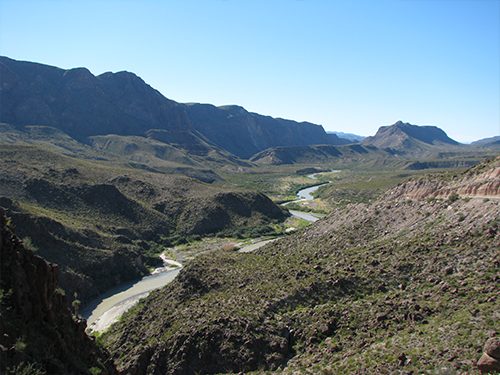 Citing changes in the global market, liquified natural gas developer Annova LNG has cancelled the mammoth export terminal it planned to build in the Rio Grande Valley near Brownsville, Texas. Indigenous and environmental activists are hailing the move as proof of the power of grassroots organizing.

Celebrating the end of a facility that “would have been capable of exporting 6.5 million tonnes per annum of liquefied natural gas,” the U.S. Sierra Club noted in a statement that the project “would have destroyed wetlands, blocked a wildlife corridor threatening the survival of endangered wildlife, and put communities needlessly at risk” had it gone ahead, writes EcoWatch.

Sierra Club representative Rebekah Hinojosa heralded Annova’s retreat as “the result of six years of tireless efforts of the Rio Grande Valley communities in South Texas who have written comments, attended hearings, protested banks, and more to protect their health, their precious coastline, and the climate” from the fracking project.

“No LNG export terminal has any place in our communities or our energy future,” said Juan Mancias, chair of the Carrizo Comecrudo Tribe of Texas. “Today’s news is a step in the right direction to putting an end to exporting fracked gas across the world.”

In its coverage of the cancellation, fossil industry newsletter Rigzone writes that Annova’s announcement comes a few short weeks after the company received one of the last permits it would have needed to begin building the facility, and just a month after it celebrated the signing of a 30-year lease with the Port of Brownsville.

Although the Annova plans are now history, two LNG projects remain in play in the region, writes EcoWatch: “Texas LNG Brownsville’s proposal for a four-million-metric-tonne-per-year terminal at the Brownsville Ship Canal and Rio Grande LNG’s Rio Bravo pipeline terminal at the Port of Brownsville.”

After thanking the community volunteers who had helped to stop Annova in its tracks, Mancias urged them on to continue their efforts.

“There’s more work to do to ensure other proposed fracked gas export terminals, which would desecrate our burial sites and sacred lands, are never built,” he said.