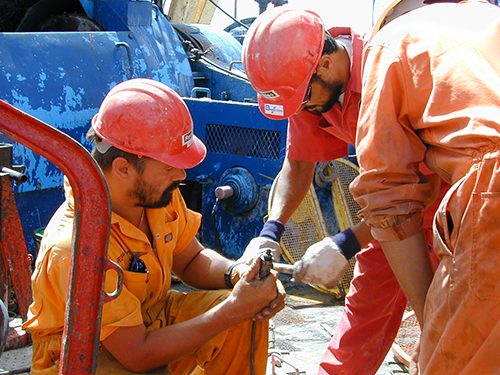 Alberta’s oil patch shed more than 35,000 jobs between December 2013 and February 2020. Now, analysts are urging anyone still banking on a strong return of fossil employment to think again.

“Amid global efforts to transition away from fossil fuels, Alberta is not only being challenged to help put oil and gas workers back to work but to carve out a future in a low-emissions world that supports employment and communities for decades to come,” writes CBC News.

While oil prices may bounce back post-pandemic, many factors point to yet stronger headwinds for the fossil sector, including the recent cancellation of the Keystone XL pipeline, and Cenovus Energy’s recent takeover of competitor Husky Energy—a merger expected to result in more than 2,100 pink slips. Automation across the industry will also harm the prospects for oil and gas workers.

But all is not lost. For those good with tech, or willing to become so, there are growing opportunities in agriculture, finance and, yes, energy. Funds are available to help with training, and the need is clearly there: “When Calgary Economic Development launched a C$1.5-million pilot program last year to train former oil and gas workers for the tech sector, it received 1,400 applications for 100 spots,” reports CBC.

Citing Calgary-based Eco Canada, a human resource organization that tracks jobs in the environmental sector, CBC notes that jobs in renewable energy and emissions reduction “could top 44,000” in the province by 2029.

Then there there’s all the work to be had in safely shuttering orphaned oil and gas wells, an endeavour into which Ottawa poured $1.7 billion last year.

The Kenney government, meanwhile, is venturing boldly backwards, with big plans afoot to transform Alberta into a petrochemical and plastics juggernaut.

“We aren’t doing any favours for fossil fuel workers by pretending this [transition] isn’t happening, and I think all Canadians owe a debt to the fossil fuel workers who have been working diligently in this industry,” said economist Jim Stanford, director of the Vancouver-based think tank Centre for Future Work.

“If we identify the climate transition and the energy transition as a national priority, then we should be putting resources in it from all levels of government in Canada, and we can focus it on those communities that need the help the most.”