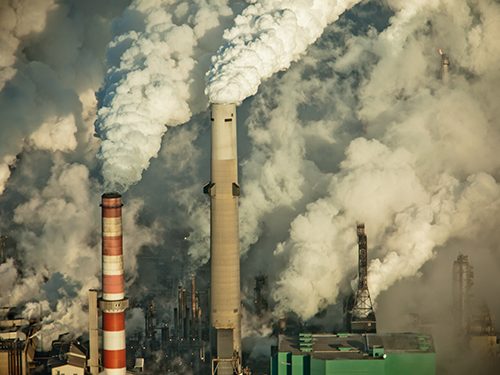 Alberta relaxed more environmental rules in response to the COVID-19 pandemic than any other government in Canada, says a study from the University of Calgary.

“I didn’t find any other jurisdiction that went as far as Alberta did,” said Victoria Goodday, a researcher at the university’s School of Public Policy. “The degree of rollbacks, they were most significant in Alberta.”

She tallied an easing of 143 different rules and regulations from every jurisdiction in the country except Manitoba. Most benefited the oil and gas industry.

Of that total, 54 were in Alberta, which suspended all monitoring and reporting requirements—except those pertaining to water—for the province’s resource industries.

That was by far the highest number, Goodday found, although her study notes the province’s large oil and gas sector means it has more regulations to begin with.

Across Canada, the most common moves were to defer fees or extend timelines for reporting requirements. Few governments offered any specific rationale other than the extraordinary conditions of the pandemic.

Goodday said almost all simply suspended regulations for any company to which they applied. Only the federal government, Saskatchewan, Quebec, and three British Columbia agencies required companies to provide some evidence that COVID-19 impaired their ability to meet their responsibilities.

“Most agencies in Canada chose to just change rules without the need for (companies) to show they couldn’t meet compliance,” said Goodday. “Only Environment Canada and B.C. explicitly required that causal link.”

Goodday said her research didn’t track how many loosened rules have been retightened. Most have, she suggested.

Alberta’s monitoring suspensions ended last summer—although the province, like several others, isn’t requiring companies to fill in those missing months.

Goodday found fully one-third of the loosened rules across the country had no end date.

Almost all the changes were designed to benefit industry, she said. She uncovered just one example of a relaxation that benefited the public—B.C.’s suspension of public appeal filing deadlines to support public participation.

Goodday said the pandemic changed how many aspects of government worked, but nowhere more than in environment.

“I can’t think of another area of regulation that would have been as affected,” she said. “This is a great example of a real-life scenario where we saw how willing government was to put that pillar aside.”

“(Premier) Jason Kenney caused long-term damage to Alberta’s reputation as a responsible developer of natural resources,” she said. “It’s clear Jason Kenney used the pandemic to roll back these critical protections for water, land, and air.”

Under questioning from Notley in the legislature, Kenney responded that Alberta had more rollbacks because it had more environmental regulations in play.

“We have far more heavy industry that is subject to environmental regulation,” he said.

“No environmental protections were cancelled, repealed, or suspended,” he added. “Some reporting timelines were adjusted.”

This report by The Canadian Press was first published March 24, 2021.