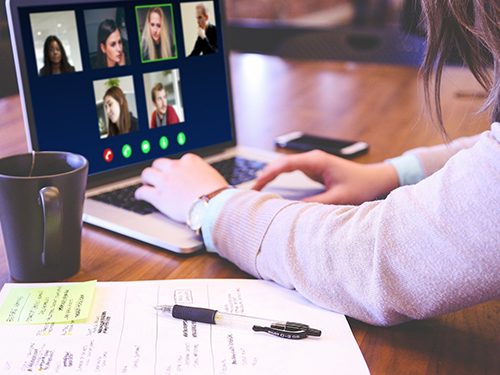 After a year of pandemic lockdowns, travel restrictions, and endemic Zoom fatigue, 74% of researchers want scientific meetings to continue in virtual formats or offer a virtual option, according to a survey of 900 readers released earlier this month by the journal Nature.

“Many researchers say that in the past year they have been able to attend more meetings than ever before because of online portals,” Nature writes, in a post recirculated by Environmental News Bits. “Of the readers who responded to Nature’s poll, 75% had attended multiple virtual meetings since last March, and another 18% had attended at least one.”

From that experience, “readers cite the ease of attending from anywhere in the world as a major perk, although they admit that virtual events haven’t been able to simulate the networking with colleagues they enjoyed in person,” the journal adds.

Still, a University of Regina astronomer found virtual platforms “allowed her to attend meetings without compromising her teaching work load or responsibilities as the parent of small children,” Nature says. A civil engineer at the Pontifical Xavierian University in Bogotá, Colombia “has been excited to attend conferences that were previously impossible to join in person because of travel costs and logistics. He has also been invited to present his research at more meetings than before.”

While 49% of survey respondents listed greater accessibility as the biggest benefit of virtual gatherings, the reduced carbon footprint came in second at 21%. By one estimate, Nature says, the 25,000 participants at the American Geophysical Union’s 2019 conference in San Francisco produced 80,000 tonnes of carbon dioxide emissions for travel alone.

The lower cost of virtual events was the top benefit for 17% of survey respondents, and 27% of students—not only because they eliminate travel costs, but because meeting organizers often offer a hefty discount for virtual attendance.

Survey respondents identified screen fatigue, time zone differences, and technology glitches as drawbacks of virtual meetings, but by far their biggest concern was the loss of networking time.

“The notion that you go to conferences just to get the latest scientific insights is completely outdated,” said Teun Bousema, an infectious disease epidemiologist at Radboud University Medical Center in the Netherlands.

“I do appreciate the realm of possibilities offered by online conferences,” another survey respondent added. “However, I really miss the opportunity to meet people and to interact with friends and colleagues.”

University of Bath environmental psychologist Lorraine Whitmarsh told Nature she’s optimistic the research community will rethink the previous assumption that scientists must “jet around the world” several times a year to share knowledge and connect with colleagues. “It used to just be a struggle to get conference organizers to even acknowledge the possibility of having a virtual conference,” she said, but that was before a global health emergency opened up a whole new realm of experience.