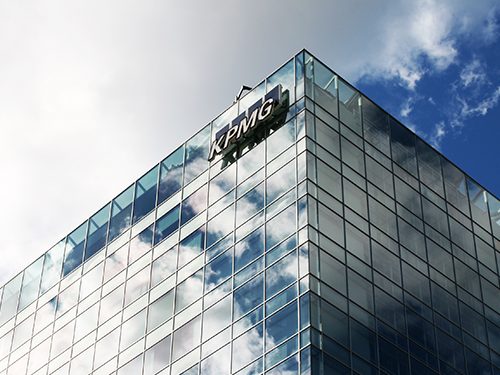 A wave of interest in environmental, social, and governance (ESG) investments is leading to louder calls for government-mandated ESG standards, as it becomes increasingly clear that promises of better behaviour from the world’s largest corporations aren’t translating into the environmental and social benefits they’re supposed to be delivering.

The issue was brought into sharp focus in a recent Harvard Business Review article entitled “An ESG Reckoning is Coming”, in which authors Michael O’Leary and Warren Valdmanis ask: “What actually happens when investors with US$100 trillion of assets commit to investing more responsibly?”

Their answer? Not much. As a result, they say, a “movement meant to benefit the public good risks becoming a buzzword co-opted to keep maximizing short-term profits.”

As terrible as 2020 was for humans, it was a banner year for ESG. The space saw record inflows into funds with ESG designations, as investors sought socially responsible returns amid a backdrop of historic economic, social, and environmental calamity.

Funds are designated ESG if they primarily hold shares of companies with strong ESG ratings. Various agencies are responsible for determining these ratings, including MSCI, Bloomberg, and Toronto-based Sustainalytics. But ESG ratings for any given company can differ considerably from agency to agency. That’s because ESG lacks any sort of uniform standards. It’s an inconvenient fact that’s caused confusion as to what ESG actually means.

Indeed, many of the companies and funds touting strong ESG ratings are not particularly environmentally and socially responsible in the way that most people would likely expect. It’s not uncommon to see ESG funds that include fossil-funding lenders like Royal Bank of Canada and TD, tech monoliths like Amazon and Google, and even oil and gas companies, which should class as the obvious environmental worst offenders.

O’Leary and Valdmanis recommend standardization as a means of addressing ESG’s ‘not as advertised’ problems, but they don’t explicitly prescribe a mandatory, legally defined set of ESG standards and definitions. Rather, they imply that corporations should self-regulate by adhering to a set of industry standards such as those recommended last year by the World Economic Forum in collaboration with the big four accounting firms (Deloitte, KPMG, EY, PwC). And where companies do not live up to commitments, O’Leary and Valdmanis say the public should hold them accountable.

An ESG reckoning in the form of standardization undoubtedly appears in order, but standardization should be by law. It should not place the onus of enforcing corporate accountability on consumers vulnerable to being confused by misinformation, lulled by corporate virtue signalling, or otherwise powerless to compel better behaviour (as shown in the case of Facebook’s endless misdeeds but ever-resilient stock price).

Not only should standardization be by law, but governments are starting to show that ESG standardization will be by law. On March 10, the EU’s Sustainable Finance Disclosure Regulation (SFDR) went into effect. The rule is intended to address rampant greenwashing in the ESG space by requiring EU financial-market participants (including foreign parties targeting products at European investors) to collect and report specific ESG data, such as climate-related risk to investment returns and how investments may negatively impact climate change.

Under the rule, financial products such as exchange traded funds (ETFs) must be classified as either promoting “environmental or social characteristics”, having “sustainable investment as its objective”, or otherwise “deem sustainability risks not to be relevant.” Each classification entails certain requirements. Funds promoting environmental or social characteristics or sustainability as an objective will be subject to regulations to ensure that “disclosures are… accurate, fair, clear, not misleading, simple, and concise.”

Though the 16-page SFDR is much more concise than the General Data Protection Regulation (GDPR), it may one day be seen as establishing for ESG regulation the same type of strong international regulatory precedent the GDPR set with respect to data regulation.

In addition to the EU, U.S. President Biden’s personnel at the Securities and Exchange Commission (SEC) also appear to be moving on this. Just this month, the SEC announced the creation of a Climate and ESG Task Force, asked for public input on climate change disclosures, and published a speech and public statement regarding the commission’s ESG regulatory focus. The SEC also effectively scrapped a late Trump-era rule meant to scare pension funds away from ESG investing.

As O’Leary and Valdmanis note in their piece, in the 1930s and ’40s accounting underwent a similar (and highly successful) process of standardization, leading to the establishment of our modern generally accepted accounting principles (GAAP). Much of this occurred in the context of the New Deal effort to regulate securities following the Wall Street Crash of 1929. With Biden and the EU each working to build their own Green Deals, ESG standardization should be viewed as the GAAP of 21st-century investing. And given the urgency of the climate crisis, it’s even more crucial.

Marc Z. Goldgrub is a lawyer at the Toronto-based Green Economy Law Professional Corporation: a corporate and commercial law firm for the new green economy. He also writes the firm’s monthly newsletter on climate and environmental law, news, and policy.