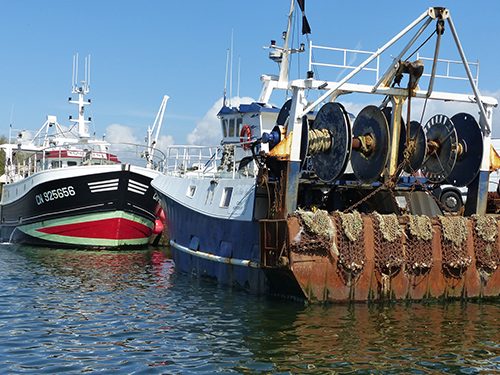 A new study is calling for countries’ greenhouse gas emission inventories to include deep ocean trawling that accounts for a billion tonnes of carbon pollution per year, more than the total produced by Germany and about the same as the global airline industry.

The paper by a group of 26 scientists and economists, published in the journal Nature, is the first to reveal bottom-trawling as “a huge emitter”, with a “substantial” portion of the total ending up in the atmosphere, said study co-author Trisha Atwood, an assistant professor of watershed sciences at Utah State University.

“This paper says ‘hey, we need to be paying attention to this and we need to be incorporating this into countries’ emissions’,” Atwood told Climate Home News.

Scientists already knew that the oceans absorb about 30% of the carbon dioxide emissions produced by human activity, Climate Home notes. Underwater emissions reduce their absorptive capacity, just as other research shows that capacity being stretched to its limit.

“Trawlers catch fish by dragging nets along the seabed,” the UK-based newsletter explains. “This process disturbs the carbon stored in sediment, releasing it as carbon dioxide and acidifying the ocean.” While not all of that CO2 transfers from the ocean to the atmosphere, “the researchers aim to estimate this amount by the end of 2021. This will make it possible for bottom-trawling emissions to be included in countries’ greenhouse gas inventories.”

The study, based on public data on ships’ locations, identified China as the dominant source of bottom-trawling emissions, responsible for 769 million tonnes. The European Union accounted for 274 Mt. Climate Home notes that properly assigning that carbon to the countries producing it will shift their official GHG inventories—Croatia, for example, would see its calculated inventory double if its 23 megatonnes of ocean emissions were factored in.

Canada produces 10.9 megatonnes of bottom-trawling emissions per year, the Toronto Star reports, with much of the activity centred in three areas: the Fundian channel off the southern tip of Nova Scotia, the southern Grand Banks off Newfoundland, and the west coast of Vancouver Island.

Atwood told Climate Home the emissions from bottom-trawling are tough to measure and attribute. “What we’re finding out is that you can have somebody trawling in the North Sea and it becomes CO2 in the water,” she said. “It will move with the currents and may not become a CO2 emission in the atmosphere until it gets to maybe the coast of Morocco.”

But “just because the science is hard, doesn’t mean we shouldn’t do it,” she added.

The wider issue is that only 7% of the world’s oceans are under any kind of protection, lead author Dr. Enric Sala told the Star.

“In this study, we’ve pioneered a new way to identify the places that—if strongly protected—will boost food production and safeguard marine life, all the while reducing carbon emissions, protecting the global ocean for biodiversity, food, and climate,” said Sala, a Spanish conservationist serving as National Geographic Explorer-in-Residence. “It’s clear that humanity and the economy will benefit from a healthier ocean. And we can realize those benefits quickly if countries work together to protect at least 30% of the ocean by 2030.”

Climate Home opens a discussion on the pros and cons of using carbon credits to protect the oceans and compensate fishing communities.