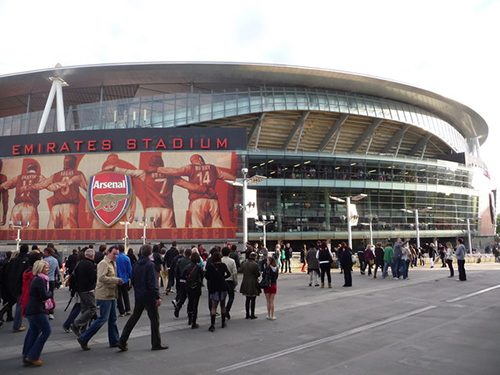 Who backs the world of sport with hard cash? The prosperous tobacco industry was till 2005 among the main sports sponsors, but that year the European Union banned the industry from backing sporting events, although the cash continues to flow unchecked in other parts of the world.

Now, though, there’s an even more formidable funder opening its wallet to the world’s athletes: Big Carbon.

Three UK-based groups say their research has found more 250 sports advertising deals with the biggest contributors to climate change. “Sport is in the front line of the climate emergency but floats on a sea of sponsorship deals with the major polluters,” said Andrew Simms, co-director of the New Weather Institute think tank and one of the research team.

“It makes the crisis worse by normalizing high-carbon, polluting lifestyles, and reducing the pressure for climate action,” he told Climate News Network. “Major polluters have replaced once common tobacco companies as big sports sponsors. They should be stopped for the same reason tobacco sponsorship ended—for the health of people, sports, and the planet.”

In the report published by the New Weather Institute, climate charity Possible, and the Rapid Transition Alliance as part of the Badvertising campaign, UK football (aka soccer in North America) was found to be the biggest beneficiary of the traffic, receiving 57 sponsorships from high-carbon industries, from oil and gas to airlines and cars. The research identifies advertising and sponsorship deals with major polluters across 13 different sports, from football, cricket, and tennis to major events such as the Olympics.

The deals have been concluded despite moves in the last year by the sports industry to cut its carbon emissions and to play a bigger role in tackling the climate crisis. The report comes days ahead of the Football World Cup Qualifiers on March 24—sponsored by Qatar Airways.

The automotive industry is the most active high-carbon industry courting sports sponsorship, with 199 deals across different sports. Airlines come second with 63, followed by oil and gas companies such as the Russian energy company Gazprom and the British chemicals multinational Ineos, whose deals have already been criticized by climate campaigns.

The report reveals the Japanese carmaker Toyota as the largest sponsor by number, with 31 sports deals identified, closely followed by the airline Emirates with 29 partnerships. The findings follow warnings from experts about the risk that climate change poses to sporting events, from the flooding of football grounds to the melting of winter sports venues.

The researchers argue that the direct association with high-carbon products contradicts recent pledges made by clubs and sports bodies to take action on the climate crisis. With climate heating increasingly seen as a health crisis, and rising concerns over linked issues like air pollution, the report warns that sports bodies and also individuals risk their credibility as promoters of public health.

The authors say there are parallels between the sponsorships from high-carbon companies and the now-disgraced deals which sports bodies used to have with the tobacco industry.

The team behind the report is calling for sports bodies around the world to drop all advertising and sponsorship deals with companies which promote high-carbon lifestyles, products, and services. It also calls for sports bodies to reduce their reliance on air travel and signing up to the UN Sports for Climate Action movement.

“It’s wrong for these companies, who are fully aware of the deadly impact of their products, to use the power and beauty of sport to normalize and hide their behaviour,” said British canoeist Etienne Stott, a gold medallist at the London 2012 Olympics

“Sport has a unique power to connect and inspire people. I would like to see it use its voice to promote the idea of care and stewardship of our planetary resources, not insane exploitation and destruction.”

“As athletes, we focus a lot on keeping sport ‘clean’ through prioritizing anti-doping,” added Melissa Wilson, a leading British rower and a qualifier for the Tokyo Olympics. “Yet continuing to pollute in the face of the climate emergency is the Earth-equivalent of doping, or scoring own goals. By keeping polluting sponsors onboard, sports detract from their opportunity to play a productive part in the race to zero carbon.” − Climate News Network