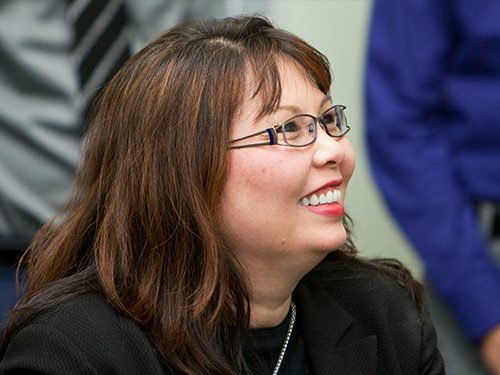 A landmark bill currently in front of the U.S. Congress could change the game for environmental justice in the country. Two key provisions: an annual US$75 million in funding to improve public health in disadvantaged communities, and taxing the fossil sector in order to support fossil-dependent workers and communities in the transition to green jobs.

With President Joe Biden in the White House and a slim majority in the House of Representatives and Senate, advocates are “exceedingly optimistic” that the bill will pass, reports Grist. Along with added funding, the Environmental Justice for All Act will also “codify and make enforceable a long-standing executive order on environmental justice that then-president Bill Clinton signed in 1994.” To date, Grist notes, federal agencies have rarely followed through on that order’s requirement to “develop plans to remedy environmental injustice.”

Rep. Aston Donald McEachin (D) of Virginia, who co-authored the act and reintroduced it to Congress last week with Rep. Raúl Grijalva (D) of Arizona, told Grist that while he anticipates the need to negotiate, he has “high hopes” that the bill will pass in both the House and the Senate.

“Will compromise be involved? Certainly. But prayerfully, the bedrock principles of the bill will survive and go to the president’s desk, and be signed, and start the process of helping these communities who for so long have been disenfranchised, and for so long been the subject of environmental injustice,” he said.

The work of reintroducing the bill in the Senate, meanwhile, was taken on by Sen. Tammy Duckworth (D-IL), co-chair and co-founder of the Senate’s first environmental justice caucus. She also chairs the Senate Environment and Public Works Subcommittee on Fisheries, Water and Wildlife, “which has jurisdiction over the Safe Drinking Water Act and the Clean Water Act,” Grist writes.

Before reintroducing the act to American lawmakers, McEachin and Duckworth wrote to Biden urging him to commit to eight key actions to redress environmental injustice issues. The list included creation of a climate justice resiliency fund, administered by the U.S. Environmental Protection Agency, that would help disadvantaged and BIPOC communities weather climate impacts and establish themselves as part of a thriving green economy.

“I wanted to make sure that we come to an agreement,” Duckworth told Grist. “That’s why I sent the letter that I did—that we agree on the fundamental precept that every American has the right to breathe safe air, drink clean water, and live on uncontaminated land regardless of their zip code, how wealthy they are, the colour of their skin.”

Grist says another provision in the act is intended to “empower private citizens and organizations to seek legal remedies when a federal program, policy, or practice has discriminatory effects,” while another will require federal agencies to consider cumulative environmental impacts when issuing permits. The act will also see new levies extracted from the fossil sector to create a Federal Energy Transition Economic Development Assistance Fund, which would in turn support fossil-dependent workers and communities in their transition into the carbon-free economy.

Noting that the act is designed to promote a concerted federal response to the climate crisis, McEachin stressed the need to recognize that different communities within the United States have different levels and forms of need.

“They face different challenges,” he said. “So it’s important that we empower them to be able to help themselves and make sure that the federal government is in a place, agency by agency, to help them, as well.”

Inside Climate News says the desire to redress environmental injustice is also apparent in Biden’s $1.9-trillion pandemic rescue plan, which includes both an “‘unprecedented’ $100 million in funding for action on air pollution and environmental health risks in marginalized communities” and $30.5 billion to help resuscitate the mass transit systems that have been devastated by the pandemic.