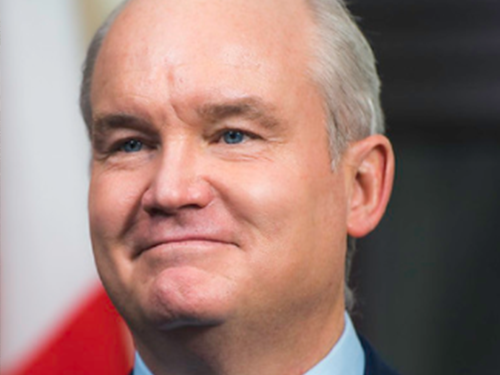 The federal Conservatives will go into the next federal election with a policy book that does not directly acknowledge that “climate change is real” or declare the party “willing to act”, after delegates to the CPC virtual policy convention in Halifax voted down a set of environment-oriented policies by a 54-46 margin.

The measure “was one of only four policy proposals or modifications on a list of 50 pitched by electoral riding associations (EDAs) that were voted down by the delegates,” CBC News reports. “While delegates from each of the Atlantic provinces and Quebec embraced the ‘climate change is real’ proposal—70% of delegates from New Brunswick and Quebec were onside with it—those from every other province and the territories voted against the change.”

The measure sought to affirm that “Canadian businesses classified as highly polluting need to take more responsibility” and “reduce their GHG emissions,” and urged support for “innovation in green technologies” to make Canada “a world-class leader” in an emerging industry, CBC says.

“The clear rejection came hours after Conservative Leader Erin O’Toole urged party members to embrace change or risk losing again to Prime Minister Justin Trudeau and the Liberals in the next election,” the national broadcaster adds—even if that meant going against party orthodoxy. He specifically told delegates the Conservatives “cannot ignore the reality of climate change” and that the debate “is over.”

“We need to boldly reclaim the environment as an area where Conservatives are leaders,” he added, rather than allowing the party’s candidates in the next campaign to be branded as “climate change deniers”.

The Conservatives’ national campaign manager, Fred DeLorey, agreed, tweeting that “the debate is over and we need a real plan that works, not Trudeau’s carbon tax.” He added that the party’s policy document “already has a section on climate change…akin to us needing to say ‘water is wet.'”

Strengthening that position will be no less important for O’Toole in the aftermath of the policy convention, veteran journalist and political analyst Susan Delacourt writes for the Toronto Star. “In fact, the vote against climate change reality will likely add urgency to the Conservatives’ efforts to come up with such a plan before the next election. If anything, that plan will have to be more forceful to cut through all the noise that Conservatives’ opponents will be making about the reality-defying protest vote from the party rank and file.”

The failed resolution “almost guarantees that Justin Trudeau and his Liberals will be doing everything they can to put climate change at the centre of the next election campaign, whenever that happens,” Delacourt adds. On Saturday, one federal cabinet minister was already proving the point.

“It is 2021 and Erin O’Toole’s Conservatives are still denying the reality of climate change,” tweeted Economic Development Minister Melanie Joly

Vancouver Island convention delegate Moshe Appel told CBC he was “very frustrated” and “very disappointed” with other members who wouldn’t endorse a “coherent policy”, adding that he supported Canada’s development of so-called “ethical oil” but wanted to see the country embrace the 2015 Paris Agreement and drive down emissions.

Others opposed the policy shift during what CBC describes as a fierce debate.

“I’m not sure why it’s necessary for the Conservative Party to declare climate change is real,” said one delegate from Scarborough-Centre. “The way this section is worded befuddles the issue and may cost us some support. Conservatives need to lead with clarity, focus, and intelligent solutions, not buzzwords.”

“It’s not the only pollutant that we have to worry about,” added a delegate from Perth—Wellington, Ontario. “I’m opposed to this amendment because it unfairly centres on greenhouse gas emissions.”

CBC has more on the Conservative policy convention, before and after the vote on the climate resolution.