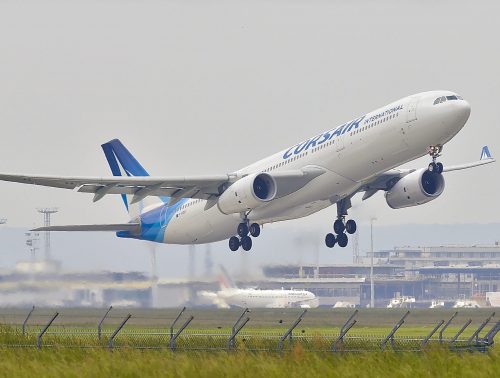 A “ridiculously weak” international carbon offset rule, already seen as giving airlines a three- to six-year free pass to pollute, is set to undermine Europe’s attempts to get its greenhouse gas emissions under control, according to a September 2020 consulting analysis produced for the European Commission and obtained by Brussels-based Transport & Environment under access to information laws.

“We have wasted almost a decade coming up with an airline CO2 scheme which is actually bad for the climate,” T&E aviation manager Jo Dardenne said in a release this week. “Airlines will pay less than a Euro to buy carbon offsets that won’t work. The study is a warning to the EU to take back responsibility for addressing pollution on European flights.”

The Montreal-based International Civil Aviation Organization originally adopted the Carbon Offsetting and Reduction Scheme for International Aviation (CORSIA) in 2016, after the industry lobbied successfully to be excluded from the 2015 Paris Agreement. The offset scheme was to be voluntary from 2021 to 2026—and even then, countries were allowed to opt out if they didn’t want to participate.

“As far as we can tell, the current proposals fall well short of ensuring carbon-neutral growth from 2020,” Dan Rutherford, director of the International Council on Clean Transportation’s marine and aviation program, said at the time.

Last July, with the COVID-19 pandemic cratering air travel demand, ICAO’s governing council handed the industry a concession valued at about US$15 billion by changing the way offset requirements were calculated under CORSIA. U.S. climate and aviation specialist Annie Petsonk, then on staff at the Environmental Defense Fund, told Climate Home News the rule change would “deal a triple whammy” to ICAO’s already tattered climate credibility—by giving airlines a free pass to pollute, undermining the trust of countries that don’t hold seats on the ICAO council, and undercutting public confidence in the airlines’ environmental claims.

“Analysis by the Öko-Institut in Germany found that changing the baseline to 2019 could give airlines a free pass to pollute for the next three to six years depending on the speed of the recovery,” Climate Home reported at the time. “A study by the U.S.-based Environmental Defense Fund found similar results.”

Now, Transport & Environment reports, the European Commission analysis shows CORSIA is the continent’s worst option for regulating carbon pollution from air travel and “risks undermining the ability to reach net-zero emissions by mid-century” if it replaces existing EU climate regulations. “It’s questionable whether the carbon offsets actually deliver emissions reductions,” since none of the approved offsetting programs meet all the necessary criteria, and “at less than €1, carbon offsets will be too cheap to deter airlines from growing their emissions.”

That price was driven down by industry lobbying last year that left CORSIA with a supply of offsets that is three times greater than demand, T&E says.

After years of industry delays culminating in a “hopelessly weak CO2 scheme”, the organization is calling on the EU to include all departing flights from European airports in its own emissions trading scheme, as it threatened to do in 2013 and again in 2016.

“Europe should forget about relying on the UN to properly address airline emissions,” Dardenne said. “Offsetting clearly doesn’t work. A reformed EU carbon market and an ambitious green jet fuels law will put airlines on the path to zero emissions.”

Analysis in circulation during the 2015 Paris conference suggested a surging aviation sector could derail global carbon reductions, soaking up 25% of the world’s available carbon budget under a 1.5°C target for average global warming.