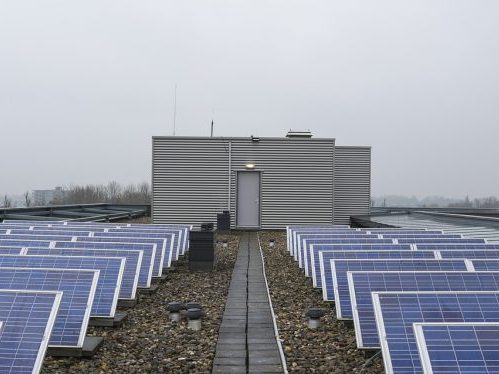 Power utilities are on track to lose US$1 trillion over the next 15 years after analysts, agencies, and bankers grossly overestimated the revenue they’re likely to generate through 2040 and beyond, RethinkX founder Tony Seba and research fellow Adam Dorr warn in an opinion piece this week for Utility Dive.

“In essence, these analysts are pretending that conventional power plants will never face competition from solar, wind, and battery technologies (SWB), despite all evidence to the contrary,” Seba and Dorr warn, in a summary of a more detailed analysis they released earlier this month.

“By including imaginary electricity generation and sales revenue in their calculations, mainstream analysts have mispriced and overvalued not just coal, natural gas, nuclear, and hydropower plants themselves, but the mines, wells, pipelines, ports, and refineries that support them,” they added. “Most of these assets will be stranded by solar, wind, and batteries over the next 10 to 15 years.”

RethinkX’s ultimate concern, stated on the landing page for the report, is that “whether a conventional baseload power plant is old and already fully amortized, or newly constructed, its utilization profile and electricity selling prices will change during the 2020s, pushing it into competition not only with SWB but with existing peakers, as well.” The plummeting cost of the new technologies will mean that “few, if any, coal, gas, nuclear, or hydropower facilities will survive this transition without aggressive government intervention.”

And yet, in the face of that risk, “the U.S. Energy Information Administration (EIA), the International Energy Agency (IEA), Wall Street banks, and other analysts all assume that a newly-built coal, natural gas, nuclear, or hydropower plant will be able to generate the same amount of electricity year after year from now until 2040 and beyond, with the same consistent sales revenue,” they write. That amounts to a “conventional energy bubble” that has been allowed to build for the last decade, “just as the credit rating agencies ignored actual market data in the buildup to the subprime mortgage crisis”.

The RethinkX analysis centres on the levelized cost of electricity, a key calculation that depends on the cost of building, maintaining and, for non-renewable generation, fuelling a power plant. Significantly, it also hinges on how heavily a power plant is used.

“A taxi that drives 100,000 miles per year has a much lower cost per mile than one that is only driven 10,000 miles per year,” Seba and Dorr explain. “And similarly, a coal power plant running all day and night at full capacity will have a much lower LCOE per megawatt-hour than one which only runs 10% of the time. This is especially true of newly-built power plants, which must repay their fixed capital costs.”

And that, they argue, is how the “bubble” in conventional power generation managed to develop.

“Virtually all mainstream analysts assume that every conventional power plant’s ‘capacity factor’—and thus electricity generation and sales—will remain high and constant year after year for a power plant’s entire decades-long lifetime,” they write. But with solar, wind, and battery costs falling fast, “this is a fundamental error. Capacity factor will not remain high or constant but will instead decline as conventional power plants are outcompeted and disrupted.”

To avoid the kind of devastating market crash that followed the sub-prime bubble just over a decade ago, Seba and Dorr say agencies will have to check their assumptions and rerun their projections.

“Policy-makers, regulators, civic leaders, ratepayer and taxpayer advocates, asset managers, and other investors and decision-makers must reconsider all new investment in conventional energy assets in light of increasingly formidable competition and disruption from SWB,” assuming that all conventional power plants will be called upon primarily for peak power—without being able to charge peak prices. “Decision-makers must demand that analysts calculate LCOE on the basis of actual, market-based assumptions for capacity factor,” while accounting for the disruptions in utilities’ immediate future brought on by the shift to inexpensive renewables.

Read the rest of Seba’s and Dorr’s analysis here and download their report here.

Nature left alone offers more than if we exploit it