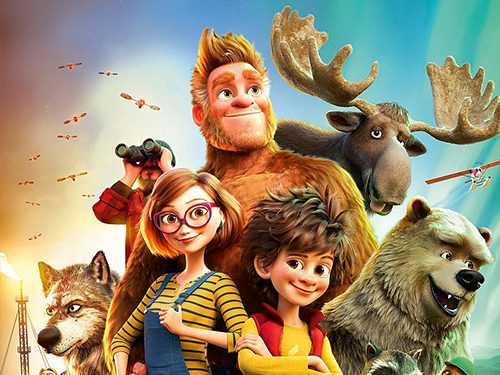 The Alberta government’s energy “war room” is going to battle with a Netflix children’s movie saying it inaccurately portrays the oil industry.

The Canadian Energy Centre says more than 1,000 people have sent an automated letter off its website to Netflix Canada to let it know the animated film sounds like propaganda, The Canadian Press reports.

“Bigfoot Family” is about the son of the mythical creature who fights an oil company, and made its debut on the streaming service earlier this year.

The family-friendly adventure film follows Adam and his dad as they take on an evil oil tycoon who wants to explode a fictional place named Rocky Valley for its oil.

The energy centre says in a statement that the movie villainizes energy workers and tells lies about the oil industry.

Alberta’s United Conservative Party government established the C$30-million-a-year war room to promote the energy industry and to fire back against what the government deems to be misinformation.

The centre says a parent flagged the movie.

“The film claims an oil company intends to use a bomb to blow apart a mountain landscape within a wildlife preserve, then flood a pristine valley with oil,” the centre said in an emailed statement Friday.

“Pushing back against misinformation about the oil and gas industry is a major part of what the Canadian Energy Centre was set up to do.”

The centre has an automated system on its website, which allows supporters to fill out a form and send a letter to Netflix Canada’s head of communications encouraging the streaming service to “tell the truth.”

“‘Bigfoot Family’ wrongly portrays oil and gas extraction to an audience of young Canadians and ignores the industry’s commitment to environmental stewardship and responsible development,” the letter reads.

“Responsibly produced Canadian energy is needed in the world more than ever as we emerge from the COVID-19 pandemic. Children are the future, and they deserve the truth.”

The centre said more than half the people who have sent the letter through the website are from outside Alberta.

Netflix Canada didn’t respond to a request for a comment.

This report by The Canadian Press was first published March 12, 2021.