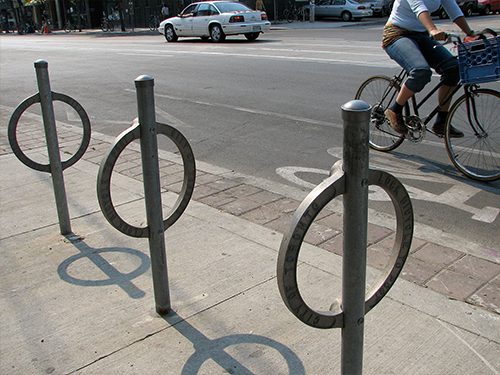 Canada is about to get its first-ever pool of money dedicated specifically to “active transportation,” Infrastructure Minister Catherine McKenna announced last week.

The National Active Transportation Fund, C$400 million to be spent over five years, will nearly quadruple the amount of money Canada spent over the last five years building and upgrading bike paths, pedestrian walkways and bridges, and nature trails, The Canadian Press reports.

About $130 million has been spent since 2015 on 126 projects, including a new footbridge in Ottawa, a bikeway in Halifax, and trails in Grouse Mountain Regional Park in Vancouver.

But McKenna says those projects competed directly against public transit initiatives for the same pool of cash.

The new $400 million for the program is coming out of the $14.9-billion, eight-year public transit plan Prime Minister Justin Trudeau unveiled last month.

But this money can only be used for active transportation projects.

“There wasn’t a separate active transportation fund,” McKenna said in an interview with CP.

“It’s really a recognition that this is linked to public transportation.”

Building better public transit networks with electric buses and light rail systems is fantastic but not everyone is going to live right next to such a network, said McKenna.

In Ottawa, she noted, the new light rail system will eventually bring a train to within five kilometres of about 80% of the city’s residents.

Building pathways so people can bike to trains instead of driving their cars is good for everyone, said McKenna.

She is also working on a national active transportation strategy and launching public consultation to help guide its development this week.