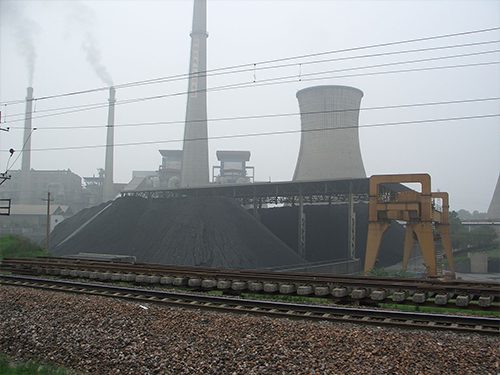 China’s efforts to assert the green credentials of its Belt and Road Initiative are being undermined by its long-standing habit of ignoring public opinion, especially when it comes to human and ecosystem health. And recent successful pushback from community groups in Africa suggests it’s time for a rethink.

“As Chinese companies pursue infrastructure projects across the world, they must become better at responding to local environmental concerns, or face an increase in legal action,” writes China Dialogue.

Exhibit A is a November 2020 decision by the Kenyan government to cancel a China-built and -operated coal project on the country’s north coast. The Industrial and Commercial Bank of China (ICBC) and other financiers yanked their support following years of vociferous and well-organized local protests.

Tracing the history of the project, China Dialogue recalls how the Kenyan government first proposed a 1-GW coal plant back in 2013. But not only was the chosen location a “lush mangrove coast”. The site was also “a mere 20 kilometres” from an ancient Swahili town on Lamu Island, an extremely well-preserved UNESCO World Heritage Site that is “a fusion of Arabic, Persian, Indian, and European architecture.”

Opposition grew quickly, with residents worried about air pollution, as well as harms to the marine ecosystem upon which the local economy depends. International resistance grew too, with climate campaigners and NGOs raising concerns over how the project could throw a wrench in Kenya’s Paris Agreement commitments.

But it was a handful of environmental and civil groups that ultimately took their case to the National Environmental Tribunal in 2016. In 2019, they won—eventually leading to the Kenyan government’s final refusal to let the project go ahead.

This debacle should be an object lesson for China that ensuring community support is critical to advancing industrial projects, said Christoph Nedopil Wang, founding director of the Green Belt and Road Initiative Center.

“This is particularly important in states based on the principles of democracy and the rule of law, where agreements between businesses and government are insufficient to ensure the implementation of a project,” he told China Dialogue.

But such considerations are not second nature for companies ill-accustomed to speaking to either the media or the public. China Dialogue says state-owned enterprises in China rarely seek out such interlocutors, and “generally do so only for self-promotion.”

That aloofness often persists outside of the country’s borders, where “any public communication may need approval from the headquarters in China, and Chinese companies often discourage their employees from interacting with local people.” What all of this means, adds China Dialogue, is that “company leaders may not be aware of investment risks in time.”

Such a gap in intelligence is now being revealed as another project that China is financing—a bauxite mine in Ghana—comes under pressure from environmental rights groups determined to protect the nearby Atewa forest from the harms the mine would bring. Home to hundreds of endangered species, the evergreen forest provides water to millions of people. Conservation groups are preparing to take the Ghanaian government to court to protect it.

In light of such events, “experts suggest China should issue stricter regulations to supervise overseas investment, including the power to punish breaches,” China Dialogue writes. “As long as there are still a lot of non-green projects,” Wang cautioned, “China is undermining its own philosophy that says green is gold.”