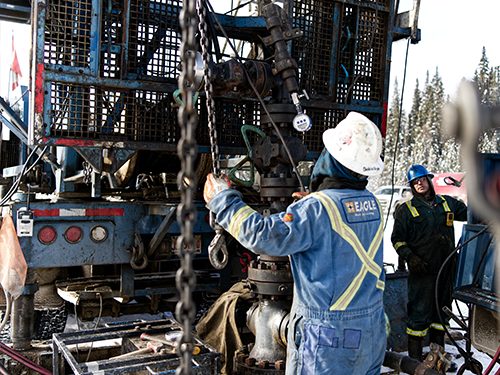 Ottawa has committed more than C$40 million to fund the development of geothermal power from a diminishing natural gas field in northern British Columbia.

“It will serve as a model for other geothermal facilities across the country, particularly in the North and rural communities,” Natural Resources Minister Seamus O’Regan said Friday.

The money will be spent on the Clarke Lake field near the community of Fort Nelson, which is nearing depletion after nearly 60 years of production, The Canadian Press reports. That, combined with low natural gas prices, has reduced investment and employment from the resource.

The first full-size geothermal well will be drilled early this year and commercial operation is expected by late 2024. The project is expected to generate up to 15 megawatts of green energy, enough to power up to 14,000 households and reduce greenhouse gas emissions by 25,000 tonnes.

The project is entirely owned by the Fort Nelson First Nation, with involvement from the Saulteau First Nation. Fort Nelson Chief Sharleen Gale said the project will use the skills local workers already have, redirecting them from fossil fuels to geothermal.

“We are accomplishing all of this by using existing skill sets,” she said. “This is a fast-forward for us to lead the energy transition.”

O’Regan said Ottawa is also involved in other geothermal projects.

It has invested more than $25 million in a five-megawatt geothermal power plant near Estevan, SK, and about the same for a similar facility near Grande Prairie, AB.

It has also spent nearly $7 million for a project in Alberta near Rocky Mountain House and about $5 million for another one near Swan Hills.

“It provides almost a safe harbour for a lot of workers who are currently displaced by the ups and downs of the oil and natural gas industries. Their skills in drilling and exploration are almost perfectly transferable to geothermal.”

This report by The Canadian Press was first published March 12, 2021