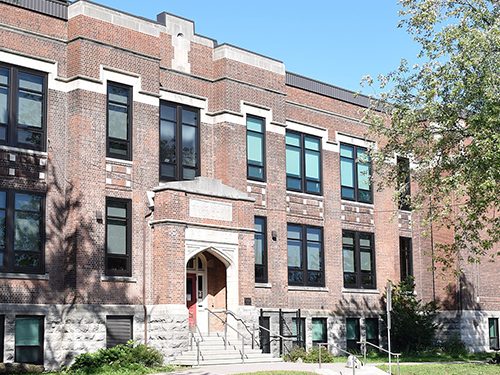 The money will go to 172 schools across the province, funding projects such as replacing roofs and increasing insulation, he said.

“Each of the projects across the province will help schools save on energy costs and reduce their emissions, making learning environments cleaner and healthier for students and teachers alike,” he said, noting that many of the upgrades will improve air quality—a hot-button issue during the COVID-19 pandemic.

In provinces such as Ontario, which do not have their own carbon levy on fuel purchases and instead have the federal carbon tax, all of the money goes back to the jurisdiction in which it was collected, the government noted.

Ninety per cent of the cash is doled out to individuals in their tax returns, while the remaining 10% is spent on projects meant to reduce carbon pollution.

The dollar value on the investments may still change, but a list of projects shows they range in price from $660 to nearly $2 million, The Canadian Press reports.

William Burgess Elementary School in Toronto is expected to see the biggest influx of cash, with $1.9 million earmarked to replace the “60-year-old obsolete steam boilers and associated equipment” with their energy-efficient, modern-day equivalents.

North Park Secondary School in the Peel District School Board is due to get nearly $1.4 million to replace air handling units that are old and in poor condition.

“Our priority is investing in safe and modern learning spaces for Ontario students, while protecting the pocketbooks of working parents,” Ontario Education Minister Stephen Lecce said in a statement. “While we oppose higher taxes on middle class families, we do welcome investment to further improve the energy efficiency of schools.”

Ontario’s provincial government has long opposed the federal carbon tax, taking its fight all the way to the nation’s top court.

Ontario, Saskatchewan, and Alberta all argue the federal government is overstepping by forcing a carbon tax on provinces without their own system. Ottawa argues the tax is in the national interest.

Appeals courts in Saskatchewan and Ontario ruled in 2019 that the federal carbon tax legislation was constitutional, but in February 2020, the Alberta Court of Appeal said it was not.

The Supreme Court of Canada heard arguments in all three appeals in September and has reserved its judgment.

This report by The Canadian Press was first published March 10, 2021.