Ex-Conservative PM’s Message to Trudeau: Put Your House in Order Before Pushing Others 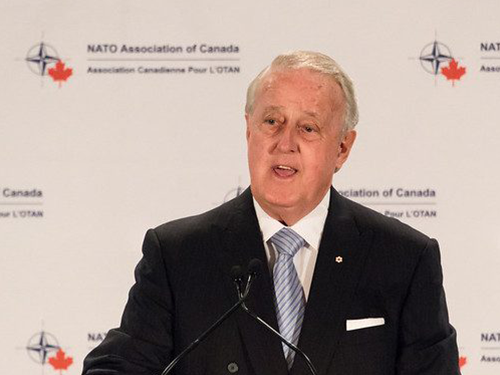 The 30th anniversary of one of the most successful environmental treaties ever reached holds lessons for today’s fight against climate change, says the man who negotiated the deal.

“We made certain that our own skirts were clean before we sought to take any leadership internationally.”

Acid rain is now well down the list of Canada’s environmental challenges, The Canadian Press writes. But when Mulroney first took office in 1984, it was poisoning tens of thousands of lakes throughout Eastern and Central Canada, as well as in the United States.

Sulphur and nitrous dioxide from industrial smokestacks and cars were combining with atmospheric moisture to form weak acids. Those acids in rain were gradually emptying lakes of life by killing tiny plants and animals at the bottom of the food chain.

In an interview with CP from his home in Florida, Mulroney described how—even before he’d taken office—he warned then-president Ronald Reagan that Canada was serious about addressing the problem.

“I said, ‘I want you to know that if I win the election, I’m going to be on this matter like a dog on a bone.’ A few days after I was sworn in, I flew down to have lunch with him and raised it again, put it right on the agenda.”

Mulroney kept up the pressure even after Reagan was succeeded by Bush, who famously said the Progressive Conservative prime minister gave him “an earful” on the topic after a meeting in Ottawa.

That persistence—and the relationships that made it possible—are a big part of international deal-making, Mulroney said.

“That meant engaging the president of the United States, leading (opposition) Democrats—including the committee chairmen in the Senate and the House—interest groups and the media in Washington—because they all had a say.”

“This must be done by the prime minister of Canada. You can’t delegate any of this.”

But, first, Canada had to put its own house in order.

Mulroney worked with Ontario’s Liberal premier at the time, David Peterson, and his own senior policy adviser, Elizabeth May, who years later would become leader of the federal Green party. He got Canada’s seven easternmost provinces, where the problem was worst, to agree to cut acid-rain-causing emissions by half.

“If we had gone around the world preaching on the environment, somebody (would have) said, ‘Well, you know, Mr. Mulroney, that’s very interesting, but what the hell have you done for acid rain back at home?’”

Then, as now, the prime minister faced concerns that environmental action would bring economic ruin.

“I knew that some of (Bush’s) senior advisers were counselling against any action on acid rain. They said it would hurt American productivity and wealth growth. But that didn’t bother him.”

Leaders, he said, have to take the longish view.

“As (former U.S. president) Bill Clinton once said, ‘Leadership is the ability to look around the corner, just a little bit.’ You look around the corner when I was there—a long time ago now—and without the solution to acid rain you saw environmental disaster for Canada and the United States.

“If you look around the corner of history now, and you do not take action in the area of climate change, guess what’s going to happen to you 25 years from now?”

This report by The Canadian Press was first published March 12, 2021.