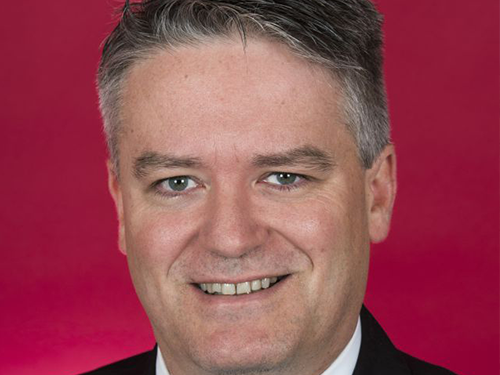 Leading climate analysts say the Organization for Economic Cooperation and Development (OECD) is on track to lose credibility with developing countries with the appointment of ex-Australian finance minister Mathias Cormann as its new secretary general.

And the Boris Johnson government in the United Kingdom, already under fire for the mixed messages it’s sending as chair of the high-stakes UN climate conference in Glasgow later this year, is taking sharp criticism for backing Cormann’s bid for the OECD position, The Guardian reports.

“Cormann opposed climate action on many occasions while a government minister between 2013 and 2020,” the UK-based paper writes. “He voted down motions to declare a climate emergency, called net zero targets ‘extremist’, ‘reckless’, and ‘irresponsible’, spoke in favour of the coal industry and against wind energy, and was criticized for telling young climate strikers to ‘stick to school’”.

A major claim to fame while Cormann was a government minister in Australia “was to quash plans for carbon pricing,” The Guardian adds. “This stands in stark contrast to the man he has succeeded at the OECD, Ángel Gurría, who had been a prominent figure at international climate forums since his appointment in 2006.”

“It’s terrible to see a politician with such a poor record on climate action getting the job of leading the OECD,” said Power Shift Africa Director Mohamed Adow. “What makes it worse is that apparently his appointment was backed by the UK, despite them [being] about to host the crucial COP 26 summit.”

“The appointment of a climate skeptic from Australia to head the OECD is very disappointing and will reduce the credibility of the OECD as an institution in the eyes of developing countries,” said Saleem Huq, the director of the International Centre for Climate Change and Development in Bangladesh.

“We have little confidence in Cormann’s ability to ensure the OECD is a leader in tackling the climate crisis, when he has an atrocious record on the issue,” said Greenpeace International Executive Director Jennifer Morgan. “If the OECD is to fulfil its mandate, it must confront the climate emergency, arguably the biggest social justice issue of our time.”

“OECD countries have just sent a dangerous signal by appointing someone with a track record of dismantling climate policy to run their main advisory body,” said E3G CEO Nick Mabey. “This appointment will lower pressure on the leaders of other international institutions to undertake radical reforms to tackle the climate crisis.”

Some international climate specialists say Cormann’s past may not negate his ability to continue the OECD’s climate work, pointing to World Bank David Malpass, a Trump appointee who’s nevertheless carried on his agency’s efforts on climate investment. But veteran UK climate economist Nicholas Stern said it’ll be up to Cormann to show what he can do.

“Cormann comes from a government in Australia which has often been ambiguous at best in its commitment to tackling climate change,” Stern told The Guardian. That means the incoming secretary general “must show the necessary commitment right from the start of his tenure. The world must act now, and the OECD must continue to lead.”

The Guardian points to its last interview with Gurría as a measure of the standard Cormann will have to meet: “The single most important intergenerational responsibility is to protect the planet,” Gurría said. “We are on a collision course with nature, and we have to change course for future generations; to protect biodiversity to stop it from being degraded; to protect soil; to protect lands and water; to protect the oceans…and put a big fat price on carbon.”