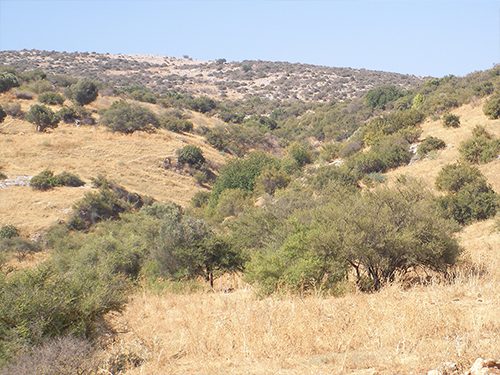 Plants respond to high levels of atmospheric CO2 by retaining water, a process that in turn dries out the surrounding air. And new research that recognizes this critical interplay is contradicting earlier studies that say the climate crisis will cause the world’s drylands to expand.

While such studies essentially assumed the warmer and drier atmospheric conditions predicted for drylands would cause these regions to expand and dry out further—with an estimated growth of up to 6% by 2100—scientists are now finding that static models don’t necessarily fit with these systems.

“We live in a non-stationary climate system,” said Ghent University hydrology and climate professor Diego Miralles, who was not involved with the new study. “A reason why the atmospheric-centric AI is particularly deficient at capturing trends in ecosystem stress is that it ignores physiological adaptation and biogeographical changes.”

Miralles said these models neglect in particular “the increase in ecosystem water use efficiency that is expected to follow the rise in atmospheric CO2 concentrations.”

Enter the new study, out of Harvard, which used a new metric called the ecohydrological index (EI) to predict how drylands will respond to future warming.

Jacob Scheff, an assistant professor at the UNC Charlotte Hydroclimate Lab, stated that whereas earlier AI-based research viewed drylands solely through the lens of climatic conditions, the Harvard researchers “point out that a ‘dryland’ is fundamentally an ecological designation, not a climatic one—a dryland is a place where plant life is water-limited.”

Under conditions of high CO2, the study found, plants in these regions become more efficient users of water even as they tend to grow more vigorously. That suggests the drylands in which they live can hold their own against drier temperatures, at least for a while.

Indeed, the EI-based research suggests the extent of the world’s drylands may even undergo “a slight reduction of 0.7%.”

Study lead Alexis Berg stressed that his team’s findings do not mean expansion will not occur in certain parts of the world, especially those already suffering from drought. “EI suggests dryland contraction in East and West Africa and expansion in the Mediterranean basin, southern Africa, and subtropical South America—although these are more modest than the expansions projected using AI,” he explained.

He added that he and his fellow researchers are by no means questioning the “many negative impacts” that climate change will bring. “We are just making a claim limited to the topics of drylands spatial expansion, in response to previous studies,” Berg said.