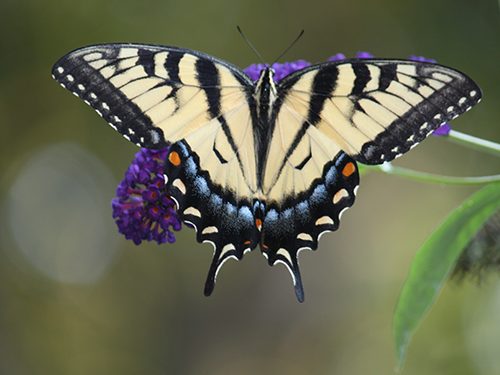 Summer temperatures in the western parts of the U.S. are not just creeping higher, they’re creeping longer, too. And this gradual loss of cool, crisp autumns is proving particularly deadly to butterflies, with numbers declining 1.6% every year for the past 40 years.

A study just published in the journal Science shows the climate crisis as a clear existential threat to the butterfly populations of the American West, reports Gizmodo. And that’s bad news for humans too, as the beautiful creatures are critical pollinators both for wild plants and domestic crops.

Researchers combined 45 years of observational data on local butterflies from a University of California professor with data gathered by the North American Butterfly Association and the iNaturalist web platform, which is used by amateur lepidopterists around the world.

The researchers looked at a wide swath of western territory that’s “ground-zero for warming trends,” Gizmodo writes—the range of study stretched from Washington to California, east through Montana, and south again to encompass Wyoming, Colorado, and New Mexico.

Focusing on 450 species of butterfly populations, the study authors “observed a precipitous decline of 1.6% in the number of butterflies every year over the past four decades.”

To evaluate the role the climate crisis is playing in this decimation of butterfly populations (other factors, like habitat destruction and pesticides, are also part the script), the researchers “overlaid their data with temperature records from across the 11 states they observed.” They “found that warmer summer months have actually resulted in increased butterfly populations, likely due to increased availability of nectar from plants and larval bugs that caterpillars eat.”

Unhappily, however, those gains are being lost in higher autumn temperatures that butterflies just haven’t evolved to withstand. Gizmodo writes that rising populations of butterfly predators that do well in the heat (think fire ants and spiders) are also thought to play a role.

The fact that butterfly populations have been plunging everywhere in the region, including in protected areas, also drew the researchers to conclude that habitat loss and pesticide use cannot be the only factors driving the decline.

That means protecting butterfly habitat will be of little use if the climate in which they live is permitted to go up in smoke, Gizmodo says.