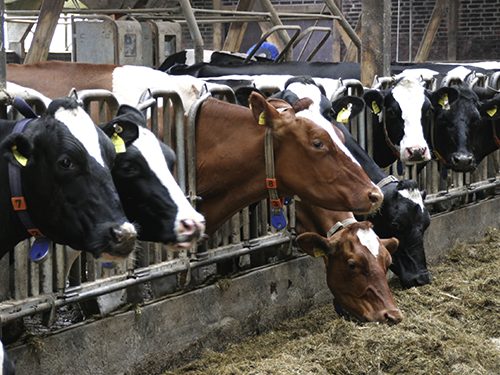 Some of the same banks and investment funds that are promising to scale back their financial support for fossil fuels are still throwing their dollars at agri-food companies that produce massive amounts of carbon pollution and play a direct or indirect role in the loss of the world’s forests, Inside Climate News reports.

“By pouring money into emissions-intensive agriculture, banks and investors are making a dangerous bet on the world’s growing demand for food, especially foods that are the greatest source of emissions in the food system: meat and dairy,” Inside Climate reports. But “these agricultural investments, largely unnoticed and unchecked, represent a potentially catastrophic blind spot.”

“Animal protein and even dairy is likely, and already has started to become, the new oil and gas,” Bruno Sarda, the former North America president of CDP, told Inside Climate. “This is the biggest source of emissions that doesn’t have a target on its back.”

“It’s not enough to divest from fossil fuel,” said Devlin Kuyek, a Montreal-based senior researcher at non-profit farm advocacy group GRAIN. “If you look at emissions just from the largest meat and dairy companies and the trajectories they have, you see that these companies and their models are completely unsustainable.”

The four biggest fossil financiers in the U.S.—JP Morgan Chase, Wells Fargo, Citigroup, and Bank of America—have all made climate a higher priority to some degree, Inside Climate adds. But they, along with other big international banks, “continue to funnel dollars into companies that trade in ‘soft commodities’, including beef, soy, timber, and palm oil, that are linked to the destruction of forests and critically important ecosystems.”

“We’re still trying to get the banks to recognize that the land use sector is part of the climate problem,” said Rainforest Action Network senior campaigner Hana Heineken. “As things stand right now, there is still a disconnect between banks saying they’re going to address climate change in their portfolios and what they’re going to do about financing.”

Inside Climate News has more in its long-form account of the connection between big banks and investment firms, deforestation, high-carbon agriculture, and the limited impact of voluntary disclosure policies in driving down emissions.