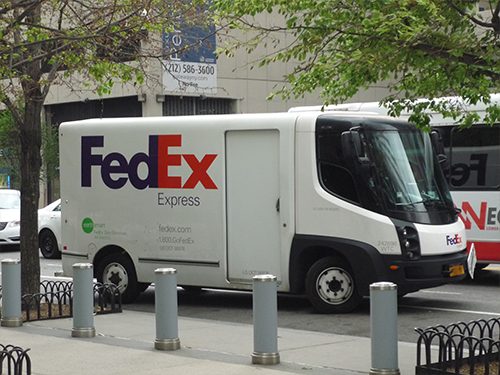 Federal Express is investing US$2 billion to convert its entire fleet of parcel pickup and delivery trucks to electric vehicles by 2040, and says a combination of EVs, sustainable energy, and carbon sequestration will bring its global network closer to carbon-neutral operations.

“We have a responsibility to take bold action in addressing climate challenges,” FedEx Corporation Chair and CEO Frederick W. Smith said in the release. “This goal builds on our longstanding commitment to sustainability throughout our operations, while at the same time investing in long-term, transformational solutions for FedEx and our entire industry.”

The plan would see FedEx replacing its entire vehicle fleet over the next 19 years, Business Insider reports, citing a company release. “It said that by 2025, half of all its FedEx Express global pickup and delivery purchases would be electric, rising to 100% of all purchases by 2030.”

The massive courier and freight company will take its first delivery of General Motors EV 600 vans toward the end of this year, making it the first GM customer to put the vehicles on the road.

“While we’ve made great strides in reducing our environmental impact, we have to do more,” said FedEx Chief Sustainability officer Mitch Jackson. “The long-term health of our industry is directly linked to the health of the planet, but this effort is about more than the bottom line—it’s the right thing to do.”

FedEx will “continue to invest in alternative fuels to reduce aircraft and vehicle emissions,” the news report says, and is contributing $100 million to help found the new Yale University Center for Natural Carbon Capture.

“The centre is designed to research methods of carbon sequestration to remove and store the Earth’s excess carbon, with an initial focus on helping offset greenhouse gas emissions equivalent to current airline emissions,” Business Insider says.

EcoWatch contrasts the news from FedEx with recent reports that the U.S. Postal Service will spend $485 million on a 10-year contract for new mail trucks that will electrify a mere 10% of its fleet. The U.S. Sierra Club places the blame for that monumental squandered opportunity on a Trump appointee more widely known for his epic attempts to undermine mail-in voting during a 2020 general election conducted in the midst of a global pandemic.

“From undermining our democracy to delaying climate action, Postmaster General Louis DeJoy continues to fail the United States Postal Service and the American public,” said Gina Coplon-Newfield, director of Sierra’s Clean Transportation for All campaign. “The lack of commitment from the USPS to electrify its fleet directly contradicts the Biden administration’s goals and executive order to clean up pollution from the U.S. government’s vehicles.”