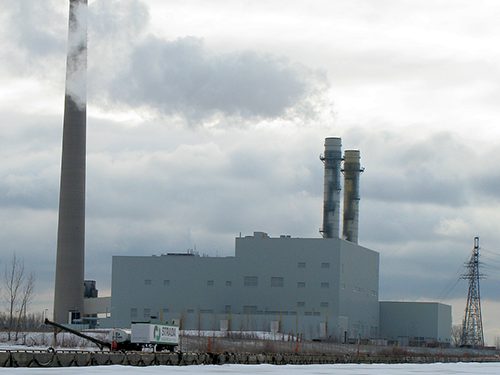 The City of Toronto will have a chance Wednesday to deal with what one leading advocate calls its “embarrassing gas problem” when councillors vote on a motion to support a phaseout of power plants running largely on fracked gas.

“Councillors Jennifer McKelvie and Mike Layton have introduced a motion calling for the City of Toronto to endorse phasing out gas-fired electricity generation ‘as soon as possible’,” the Ontario Clean Air Alliance writes, on a landing page that asks supporters to write to their local councillor and Mayor John Tory. The motion states “that Toronto cannot meet its climate goal of becoming net-zero by 2050 if the province ramps up the use of polluting gas plants as currently planned,” OCAA adds.

In an email last week, Outreach Director Angela Bischoff said 63 groups and 19 municipalities have endorsed the phaseout call, but it’s running into opposition from “gas giants” like Ontario Power Generation, Enbridge Inc., and the Association of Power Producers of Ontario (APPrO). “We can keep our lights on (and our beer cold) without using polluting gas-fired generation,” she wrote. “But we can’t save our climate if we keep using gas for electricity generation.”

(Disclosure: Energy Mix Productions is one of the 63 groups that have signed on to the campaign.)

The Atmospheric Fund CEO Julia Langer endorsed the phaseout call in mid-February, in a blog post headlined “Toronto has an embarrassing gas problem”. [Did you really think we could resist quoting that?—Ed.] She mirrored OCAA’s argument that Toronto won’t meet its own climate targets without a provincial gas phaseout, explaining that “‘natural’ gas is actually methane, and it’s a potent fossil fuel often sourced from environmentally devastating fracking in the U.S.”

Last week, TAF identified fracked gas as the main culprit after reporting that greenhouse gas emissions had increased 7% in Toronto and 5.2% in the Greater Toronto and Hamilton Area (GTHA) in 2018.

“Toronto has declared a climate emergency and this resolution is a meaningful step recognizing that action is needed at all levels of government,” Langer wrote in her blog post. “Community members and organizations mobilized to support the motion with deputations and written submissions (see TAF’s here), yet debate and decision was postponed to ‘a later date’ based on requests for more information that ignore the costs of inaction.”

“The increased use of gas-fired power plants by the Government of Ontario is discouraging. It is a major setback and contradicts what many Ontario municipalities, like Mississauga, are trying to avoid—increasing greenhouse gas emissions,” Mayor Bonnie Crombie said last week.

“For Mississauga, climate change is a key priority,” she added. “We will continue to take significant action to reduce our carbon footprint and create a more resilient future. Our focus will remain on sustainable practices, improving energy efficiency in our facilities, and exploring renewable energy, such as solar energy.”