New Technologies Could Cut Millions of Tonnes of Carbon, Save U.S. Utilities Billions of Dollars 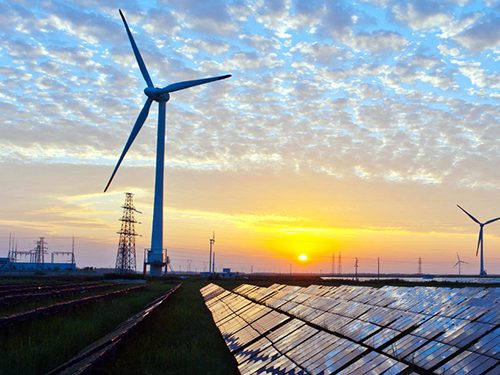 Utilities in the United States could cut millions of tonnes of carbon pollution, save billions of dollars, and double their capacity for new wind and solar capacity if federal government incentives can be set up to support a suite of “grid-enhancing technologies”, the Boston-based Brattle Group concludes in a report released last month.

The consultants’ analysis of the opportunity in the states of Kansas and Oklahoma showed that “spending about US$90 million to implement these technologies could yield a payback in less than a year, with annual power cost savings of about $175 million delivering ongoing benefits for years to come,” Greentech Media reports. Tools like dynamic line rating systems, advanced power flow controls, and “topology optimization” to make best use of the least-congested lines in a grid network “could free up interconnection for gigawatts’ worth of wind and solar power projects.”

Solving the concern that those new resources would overwhelm the grid “could more than double the region’s interconnection capacity, from about 2.6 to about 5.3 gigawatts, all without any grid upgrades,” Greentech adds.

Brattle Group analyst Bruce Tsuchida said the renewable supplies would displace the equivalent from coal and gas plants, cut carbon emissions along the way, and save utilities about $20 per megawatt in fuel costs.

While the study focused on two states in the Southwest Power Pool that account for about one-thirtieth o the country’s wholesale energy supply, it points to big implications for the country as a whole. “Multiplying the benefits of the study zone by 30 yields a rough nationwide estimate of $5.3 billion in annual power generation savings and 90 million tons of carbon dioxide emissions reduction,” writes grid edge specialist Jeff St. John, citing Tsuchida. “That’s equivalent to 20 million gasoline-burning cars being taken off the road,” and “expanding renewable energy development also yields local jobs, land leasing, and tax benefits.”

“We knew there were going to be benefits,” Tsuchida said. “We just didn’t know the magnitude.”

St. John notes the report was sponsored by a trade group that represents companies that supply the technologies that Brattle Group assessed. “These companies have an obvious self-interest in promoting the value of the technologies they provide, as well as in pressing for incentives that could increase clean energy capacity on the grid,” he writes. “But the benefits shown in the report are backed by a decade of simulations and real-world tests by utilities and grid operators in Europe and Australia, and to a lesser degree in the United States.”

Greentech has more on the regulatory roadblocks that grid-enhancing technologies have faced in the U.S. to date, and the options available to unlock their potential.