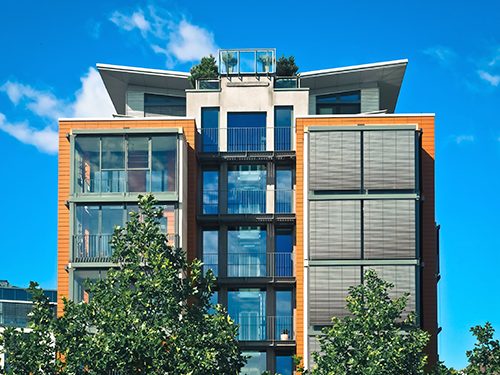 Two years ago, sustainability-minded city planners across the United States discovered they could vote to change the national energy codes that many states adopt to set efficiency standards for larger buildings. Voting in droves, they voted deep green. Now, developers are determined to overturn the results.

The voting opportunity was discovered by Minneapolis Sustainability Director Kim Havey, who was looking to reduce his city’s use of natural gas—and, in doing so, stem its rising carbon footprint, explains The Huffington Post, in a story republished by Grist.

Trouble was, “buildings over 50,000 square feet―medical offices, corporate headquarters, apartment buildings―fell under state jurisdiction.” And Minnesota, like most other states, abides by the energy code produced by the International Code Council (ICC), a U.S.-focused non-profit consortium of construction industry interests that includes the all-powerful National Association of Home Builders (NAHB).

That meant Havey would have to accept an energy code that had hardly budged since 2012, even though “buildings account for 40% of all energy consumed in the U.S. and a comparable portion of greenhouse gases produced,” HuffPost notes.

But then Havey, and hundreds of his peers, learned they could vote at the triennial meeting of the ICC. And vote they did, with ballots going “three to one in favour of mandates to ratchet up energy efficiency” and to require new homes and buildings to include electric vehicle and electrical appliance hookups.

Lobbyists have responded, and fast. The Huffington Post writes that building groups “soon began challenging not only the approved measures, which they called costly and unrealistic, but the members’ right to vote at all,” with the NAHB, the Leading Builders of America, and the American Gas Association all demanding the ICC review the eligibility of the votes.

Evidently blind to irony, the industry heavy-hitters are charging that “the get-out-the-vote campaign that led to the biggest turnout in ICC voting history amounted to ‘manipulation’ by ‘special interests’.” Now, HuffPost, writes, the code itself is in danger of being undermined as various groups contest the legitimacy of the vote.

At last count, 75% of written submissions to the ICC about the case are opposed to denying cities their voice. Of the 25% in favour of closing the vote to representatives like Havey, “54% were builders, and 4% came from the fossil fuel industry: in particular, the American Gas Association.”

Whatever happens, Minneapolis isn’t waiting around for the ICC to wake up to the climate crisis. Havey told HuffPost his city is hard at work with Minnesota’s governor and the legislature to pass stricter state laws.

“If the ICC doesn’t keep up, it could just become irrelevant,” writes HuffPost.

A final decision from the ICC’s executive board could come as early as March 10.