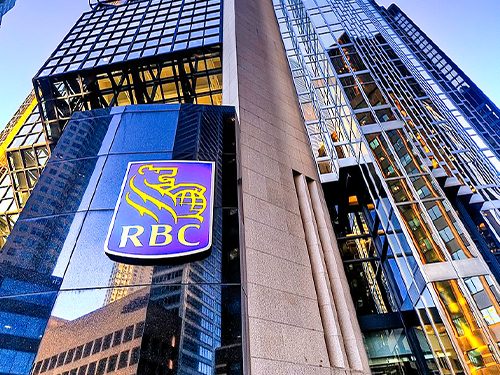 The Royal Bank of Canada plans to add C$500 billion to its sustainable investment funds by 2025 after hitting an initial target of $100 billion last year, even as it comes under increasing fire as a leading supporter of new fossil fuel projects.

The announcement is part of the bank’s plan to bring its lending to net-zero carbon by 2050, the Globe and Mail reports. The latest pledge, “in which greenhouse gas emissions are simultaneously reduced and offset, puts RBC in league with a growing number of global corporations aligning with commitments their countries have made under the Paris Agreement,” writes sustainable finance reporter Jeffrey Jones.

“In addition to its activities with clients, the bank aims to get to net-zero in its own operations, including reducing greenhouse gases by 70% and buying all its own power from renewable and non-emitting sources,” Jones adds.

“When you look at the role of a financial institution in working with stakeholders to address the future of climate and the future of a green economy, really our role has to be in partnership with our clients,” said Lindsay Patrick, head of sustainable finance at RBC Capital Markets. “And we really think the biggest impact we can have is supporting our clients with their own sustainability strategy and their own sustainability initiatives.”

The other side of that coin was in the spotlight last week, when RBC was one of four big Canadian banks that made the “Dirty Thirty” list of global coal financiers, published by European NGO Urgewald. RBC, TD Bank, Scotiabank, and BMO Financial Group collectively loaned nearly US$20 billion to coal projects, provided nearly $21 billion in underwriting, and held investments in coal companies worth more than $42 billion between 2018 and 2020, the research showed.

The Globe acknowledges that RBC and other Canadian banks stand accused of greenwashing for “making net-zero commitments while remaining some of the world’s largest funders of fossil fuel projects.

Those commitments include financial backing for Alberta’s “reckless” attempt to backstop the now-cancelled Keystone XL pipeline.

“Banks continuing to finance fossil fuels while committing to net-zero goals is like saying we need more cigarettes to cure cancer,” Stand.earth Climate Finance Director Richard Brooks said in a statement prior to the RBC announcement. “Getting rid of fossil fuels is the transition we need to tackle climate change.”

RBC’s Patrick told the Globe that every sector of the economy should get the resources to make the transition to a net-zero economy—and high-emitting industries with products the society still needs might require the most money to get it done.

“It’s really important to take a balanced approach to sustainable finance, as well as an inclusive approach,” she told the Globe.

Jones mentions RBC’s announcement late last year that it would phase out investments in new thermal coal mines, mountaintop removal, coal-fired power plants, and oil and gas development in the ecologically fragile Alaska National Wildlife Refuge. At the time of the announcement, climate hawks were less than impressed.

“It’s good to see a Canadian bank has finally looked up and noticed global financial trends that are increasingly shifting away from fossil fuels and toward climate-safe investments,” Climate Action Network-Canada Executive Director Catherine Abreu told The Energy Mix. “But RBC remains one of the five largest financiers of fossil fuels in the world, so this is the first step of many it will have to take in order to move into a zero-carbon future.”

“It’s essentially the least they could do when it comes to responsibly restricting finance for fossil fuels,” agreed Shift:Action Director Adam Scott. “Any move towards restricting lending and investment for oil, gas, and coal is a step in the right direction, but these measures are far too little, too late.”