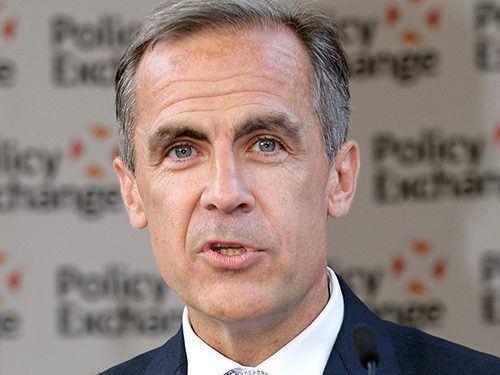 Two of the biggest sources of optimism on corporations’ momentum toward serious carbon reductions are receiving pushback, with ex-Bank of Canada governor Mark Carney forced to walk back a net-zero claim for a major investment portfolio and the Science-Based Targets Initiative (SBTi) under fire for its choice of assessment methods.

Carney, now a UN special envoy on climate finance and vice-chair of Toronto-based Brookfield Asset Management, spurred a backlash with a February 10 claim that the fund’s US$600-billion portfolio had already brought its emissions to net-zero, Bloomberg Green reports. SBTi, meanwhile, is taking heat from a former technical advisor who says the group rejected the method for setting corporate climate targets that “offered the lowest risk of an under or overshoot of the global carbon budget,” Climate Home News writes.

“Brookfield is in a position today where we are net-zero,” Carney told Bloomberg Live last month, in what Bloomberg Green describes as a reference to all the company’s assets. “The reason we’re net-zero is that we have this enormous renewables business,” so that “all the avoided emissions that come with that” compensated for the climate impacts of its other investments.

Brookfield’s sprawling portfolio, the biggest in Canada, includes investments in coal and other fossil fuels. The company is also engaged in an elaborate hostile takeover bid for a Calgary-based pipeline company, with analysts pointing to a petrochemical plant as one of its prime assets.

But “the backlash from climate experts hinged on Carney’s use of ‘avoided emissions’, in which a company takes credit for refraining from high-polluting actions,” Bloomberg writes. “An investment in wind turbines might be claimed as avoiding an investment in the same amount of energy produced by coal”. But “experts had pushed back against his [February 10] comments for misrepresenting what’s required to cut an investor’s climate impact,” while SBTi “does not count avoided emissions in its framework”.

“Most large asset managers have a renewable energy fund,” said Ben Caldecott, director of the University of Oxford’s Sustainable Finance Program. “Simply having one does not make you net-zero.”

On Friday, Carney said that “I have always been—and will continue to be—a strong advocate for net-zero science-based targets, and I also recognize that avoided emissions do not count towards them.”

But while Bloomberg says SBTi is “widely regarded as the gold standard for climate plans,” former advisor Bill Baue published a formal complaint last week, telling Climate Home that “Science-Based Targets is not a science-based approach”.

The stakes in the argument are high. Launched in 2015 to “set the standard for companies to align with the goals of the Paris Agreement”, Climate Home says, SBTi now works with more than 1,000 companies across 50 sectors that control about $20.5 trillion in assets, nearly 20% of global market capitalization.

But the calculations aren’t simple. “SBTi’s proposition is that it works with companies to develop and approve targets and strategies to cut emissions in line with 1.5C°—the toughest Paris goal,” Climate Home explains. “That involves a number of hidden assumptions. The size of the global carbon budget for 1.5°C depends on how much carbon dioxide you expect to remove from the atmosphere and the temperature ‘overshoot’ tolerated mid-century. Then there are judgement calls about how to share the shrinking carbon budget between sectors and geographies.”

With seven possible methodologies on offer, Baue said SBTi initially accepted an approach developed by the U.S.-based Center for Sustainable Organizations (CSO), before dropping it from its toolkit.

As a result, “SBTi now finds itself in what we might call an ‘inconvenient’ position of recommending against the very methodology that is the most robust!” he wrote in his complaint.

“A rigorous, science-based approach is at the very core of the SBTi’s work and we take extremely seriously our role in upholding this,” the initiative replied in a message to Climate Home. “This is why our methodologies undergo strict evaluation each year, to ensure they are in line with the latest climate science.”

SBTi added that “our mission is to drive down corporate emissions for a net-zero, 1.5°C world, and this goal ultimately is at the heart of our decision-making.”

“To quell the great public skepticism about this initiative, what’s needed is an additional emphasis on transparency and accountability, using the latest science to guide these targets, and for these companies to back up their targets with their investment plans,” Morgan said.